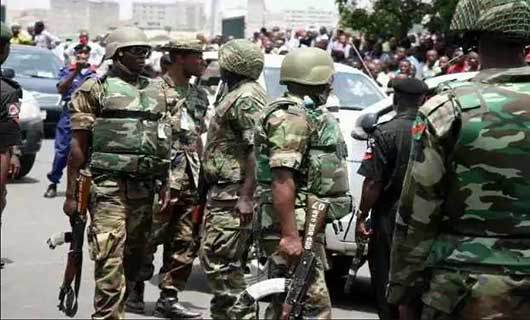 A top official of the Department of State Security on Wednesday revealed how a kidnap kingpin, Don Waney, was tracked to his hideout in Enugu. Waney allegedly masterminded the killings of 23 worshipers on New Year’s Day, in Omoku, Ogba/Egbema/Ndoni Local Government Area of Rivers. The source, on condition of anonymity, on Wednesday said that the operation that led to Don Waney’s death was successful and averted further bloodshed in the state.

The informant said the decision to swoop on Waney was taken after he ordered his men to carry out killings of innocent residents of Omoku town.

“We intercepted Waney’s phone conversation he had with one of his lieutenant in which he ordered them to attack schools, hospitals, places of worship, marketplaces and other targets.

“The killing and maiming of innocent residents of Omoku, including specific targets were scheduled to take place on January 8.

“When we heard their plan to execute innocent citizens – which to us was the last straw – we decided to inform the Army about a joint operation to avert the killings.

“This eventually led to the joint operation at his hideout in Enugu leading to his death and that of his two gang members.”

The DSS operative said that Waney was under intense DSS surveillance for over a year.

The source said the New Year killings started after Waney sent some of his members to assassinate his third-in-command, but failed after the target escaped his apartment with gunshot wounds.

According to the source, the killer squad later killed his wife and other close relatives and, thereafter, proceeded to kill five other persons over an existing feud with one of the gang members.

“Some of the people who were killed died from stray bullets during the operation by the murderous gang.

“My sister, Dakore Egbuson pushed me into acting” –Timini