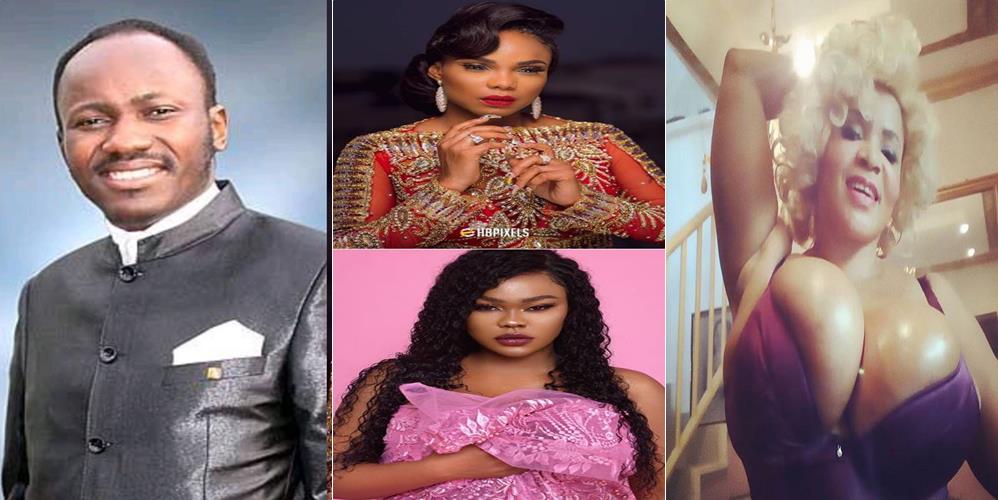 She claimed that she pimped several actresses to a pastor. According to her, one of the actresses, boycotted her to become the pastor’s main pimp.

She revealed that, the pastor did not fulfill his promise of buying her a Range Rover but went on to lavish the said actress with cars and houses.

She vowed to expose him last Easter if he didn’t fulfill his promise and if controversial journalist,Kemi Olunloyo was not released.

If you recall, the journalist was arrested for writing a story alleging there was an affair between actress, Iyabo Ojo and Pastor Ibiyemi.

Obviously, the conditions were not met ,hence her decision to start spill. Posting photos of all three, she wrote;

I dislike a lot of people…. and Daniella Okeke happens to be one of them … Hahahaha sue me.

I dislike a lot of people … Iyabo Ojo just happen to be one of them …. Hahahha sue me

I dislike a lot of people…. Frienermies….. This Pastor just happens to be one of them……… Hahahha sue me.