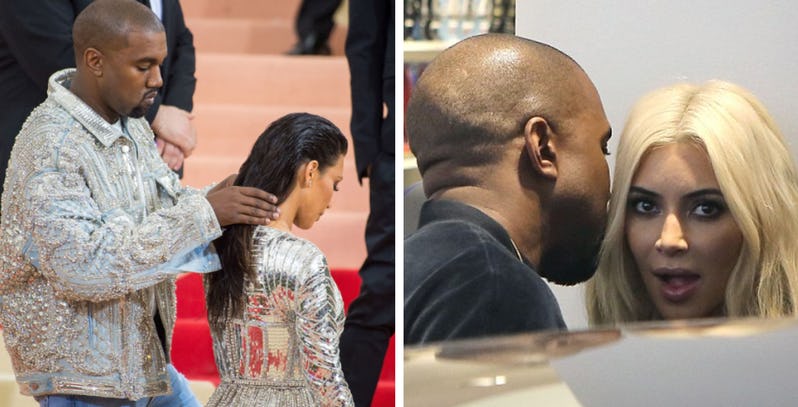 So many people bandy around the idea that they “miss the old Kanye.” This notion is literally a sentiment that is found among fans and the general public. Kanye West himself, the rapper and self-proclaimed-god Yeezus, acknowledges this popular sentiment on his seventh studio album, The Life of Pablo. Honestly, it’s a catchy little rhythmic missive, more of a spoken word poem than a song, but either way, it addresses something that is absolutely real – presently, the world is dealing with a new Kanye, or at least a different Kanye from the early 2000s when he leaped onto the music and hip-hop scene with his first album, College Drop Out. That Kanye was a pink polo, popped-collar wearing, Gucci-book-bag-toting hipster with a lot of confidence — maybe too much! Most people loved it and loved him — he was new and fresh and a deviation from the stigma of the rap artist. But like most things in life, Kanye changed.

Or did Kanye simply evolve? Today, almost two decades later, the artist Kanye is now the icon Kanye. His music has changed, his business, his clothing, and appearance (Kanye is all about minimalism ), his verbiage, and probably most importantly, how he views the world and himself. But can you really fault him? Is change something that should be seen as negative, enough to say “the old was better” and to solicit its return? Well, let’s take a look at the most recent iteration of Kanye West and how this Kanye interacts with the person closest to him — his wife — and some of the interesting things he asks of her. Here are 10 things Kim is Forbidden to Do Because of Kanye.

10 NO PHONES AT MEAL TIMES

This seems reasonable. Right? Who doesn’t want to nix distractions when spending quality time with the one they love? Kanye has done just that with Kim. No phones at the table — is the rule. The social media socialite cannot scroll through any posts or check in on Instagram, at least not while eating. This fits into and constitutes as family time, and given their fame, it’s understandable that during this specific time, timelines remain empty. Considering how much time the Kardashians spend on their phone either chatting with their mom or on social media, we don’t blame Kanye for wanting a phone-free home and quality time with his wife and kids.

9 GOT TO GET PERMISSION FROM MR. WEST

Most husbands and fathers want to be involved in their children’s lives — makes sense. Historically, maybe anthropologically, men have been known to be like protectors and providers, and if there’s anything biological about those feelings, then this probably doesn’t seem too abnormal for Kanye. However, let’s factor in the lifestyle of the rich and famous, and going out – anywhere – can be an adventure. So, when going out with North, or any of their children, Kim must get permission and the approval of Mr. West before departure. Kim is constantly surrounded by the paparazzi and at times, photographers and fans have gotten pretty wild and crossed the line. So whether it control thing or not, we can kind of understand when Kanye is coming from here. Especially since Kim was robbed in her own hotel room.