This Is Why Popular Singer Runtown Might Go To Jail 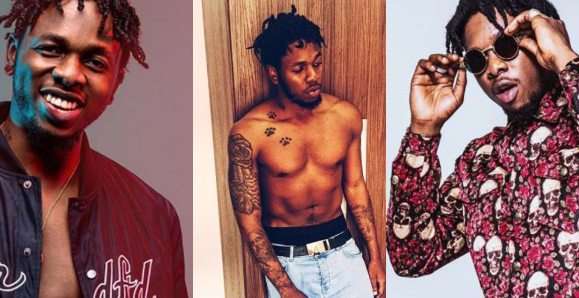 Nigerian singer, Runtown is once again in trouble with the law as his estranged label, Eric Many has once again dragged him to court in a fresh case of contempt of court after Runtown released a new song despite a court order against him.

According to a statement signed by the label’s general manager, Johnson Adumike, ‘we are in Court with Runtown for his breach of our Recording Contract. We sued him because while applying to the Registrar of Trademarks in Abuja to register professional names licensed to us during the duration of our contract, Runtown also unilaterally terminated our Recording Contract with him’. ‘The Judge also ordered that status quo be maintained until our Motion praying for this protection is decided. Yet on 27th June, 2018 Runtown released a new song outside our Contract. Determined to follow due process in our dispute with Runtown we have filed a Contempt of Court case against him. Following Court Order to serve Runtown by publication in the Punch, our Notice of Contempt of Court is published at page 22 of The Punch Newspaper today. If he still fails to respect Court Order by removing the song, we will follow up with the next steps to ensure Runtown is committed to prison, since he is not above the law.

‘If he felt the Court Order is wrong, his lawyer has already appeared in Court and filed papers. It is for his lawyer to show the Court that the Order is wrong. It is not open to Runtown to ignore Court Order. It is important to state that we are at home with the fact that Runtown does not intend to continue working with us. We are not in any confusion about that. We have therefore not asked the Court to order him to continue working with us. Our case is for recovery of our money and the Album he owes in line with the Contract. It is the duty of both sides to abide by Court Orders. So Ericmany will continue to rely on due process until we get justice’.