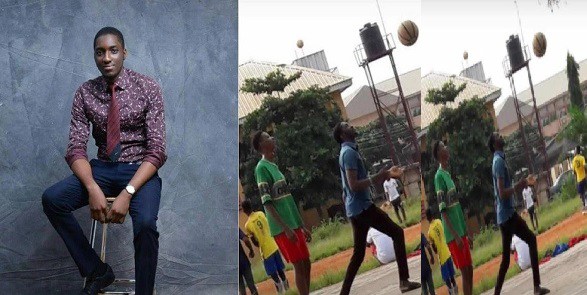 A Final year student of Microbiology in Nnamdi Azikiwe University, Awka has passed away while playing basketball few hours to his last paper. The deceased, identified as Francis slumped during a basketball competition. According to multiple online reports, he was meant to write his last last paper today July 23rd, and was rushed to the school’s clinic when the incident happened.

However, there was no doctor on ground or oxygen to help stabilize him.

More than 40% of UNIZIK staffs watch pornography at work…

Top 10 toughest Universities to gain admission into in…

He was later rushed to another hospital, where he was confirmed dead on arrival.

2face babymama, Sumbo Adeoye reveals she had 4 miscarriages before she got married