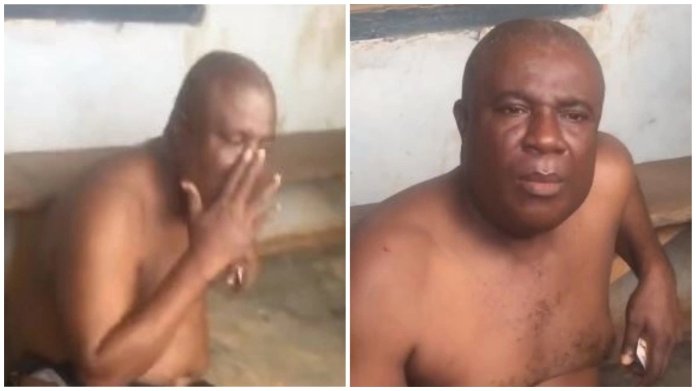 Over the years, it has always been said that some men of God usually have affairs with some of their female church members. Some are caught while others get away with it. A young man identified as Castro Wayne has just taken to his Facebook profile to share video of a pastor who was allegedly caught in the hotel room with one of his female church members.

According to the video, the man was seen sitting on the ground while he was been interrogated by some angry community members. He was forced to take off his shirt and was seen in only his trousers.

Wayne shared the video with the caption: “Imagine a pastor sleeping with his church member at a hotel the devil you know is better that the angel you don’t know.”

In another video shared by Wayne, the man could be heard saying he was tempted as it was not his will to commit such an act. However, a lot of people were seen making videos and insulting the man of God.