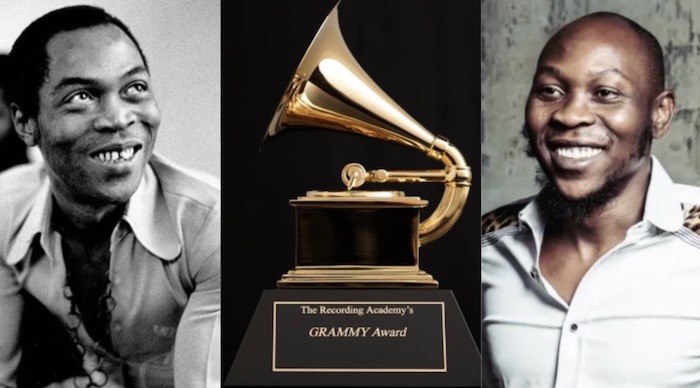 Fela‘s Afrobeat legend son, Seun Kuti is all smiles as he has been nominated for 2019 Grammy Awards, the Afrobeats artiste, Seun’s “Black Times” album was nominated for the coveted “Best World Music Award” category.

The overtly excited Seun, took to Twitter to let fans know of his nomination. he posted a photo of his “Grammy Awards consideration” and captioned it with, “Everybody Say Yea Yea!!!”

We sincerely hope he brings the award home