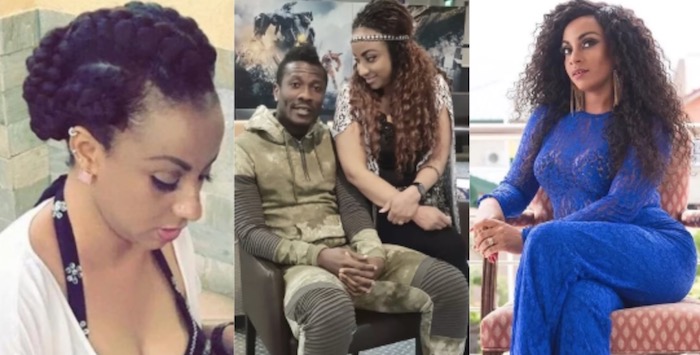 Yesterday, we reported that Asamoah Gyan’s marriage had packed up after it was confirmed that he sought a divorce from his wife of many years who had birthed 3 kids for him. Now, their is another twist to the story, a woman he met and have fallen for, is the reason for the turn of events in his crisis-ridden marriage.

According to, Ghanaweb, the ex-wife of Jamaican Reggae artiste, Buju Banton, Nina Atala is the cause of the pain Gifty Gyan is going through in her marriage.

Asamoah, who is the record goal scorer for Ghana’s senior national team with 51 goals has also demanded a DNA test on all his children with his estranged wife. A source told Starrfmonline.com that Gyan started alienating his wife after the romantic relationship with Nina kicked off.

Nina, a businesswoman, is known to have dated quite a number of politicians, A-list footballers and some celebrities in the creative arts industry including recently married John Dumelo.

Nina owns the property that houses Gyan’s pub, ‘BJ’s Sports Bar’ in Osu and is the manageress of Asa Band.

Nina, who officially separated from the incarcerated Buju Banton last year was represented by popular Ghanaian lawyer and Executive Secretary to the President Nana Asante Bediatuo.

Nina, was in June this year mistaken for Gyan’s wife at the grand opening of his sports bar, interestingly, the same lady was also mentioned as Gyan’s wife during Emmanuel ‘Game Boy’ Tagoe’s fight in defense of his IBO World title this month.

Stay tuned to this page, as we are compiling a list of powerful Ghanaians she has dated over the years.. Wow!