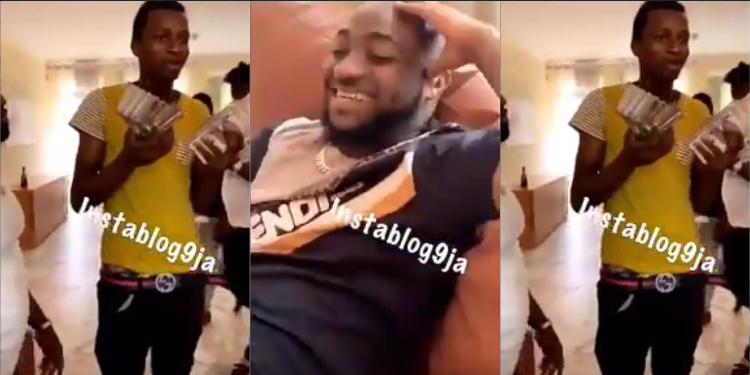 The young Nigerian guy Davido promised to give a sum of N1million during his recently concluded concert has finally got the money after he uploaded video claiming David isn’t holding good of his promise.

Many social media users condemned his act by bashing him for being entitled and also telling Davido not to give him any money but to the surprise of many, Davido forgave the young man and gifted him as promised.

See video of him getting N1m from Davido’s crew below;