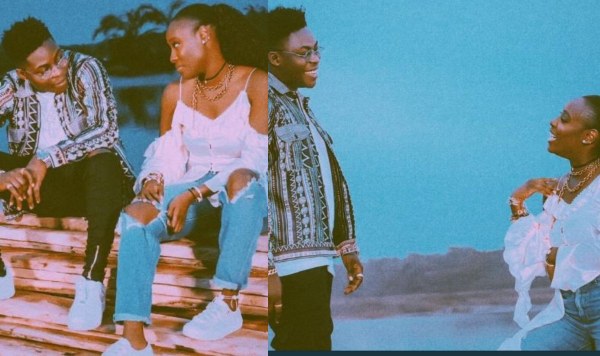 Reekado Banks and Tolani Otedola, Femi Otedola’s eldest daughter, have sparked a dating rumour just after their ‘loved up’ photos was shared on social media. While entertainment insiders claiming it is a stunt or photos taken from behind the scene of a recent video shoot, Twitter users believe that there might be more to the recently released photos of Reekado Banks and Tolani Otedola.

Here are the photos and some tweets below; 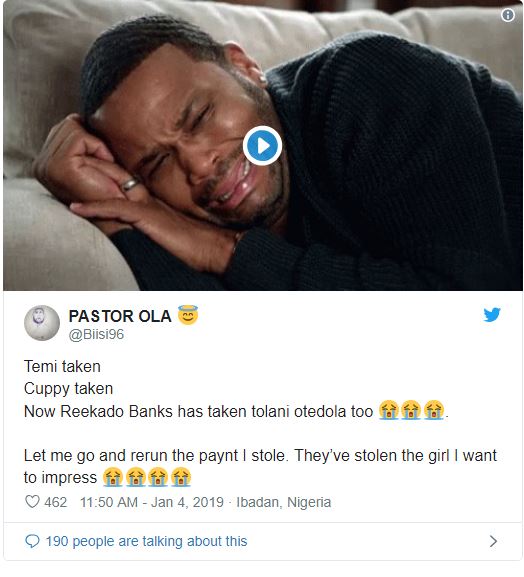 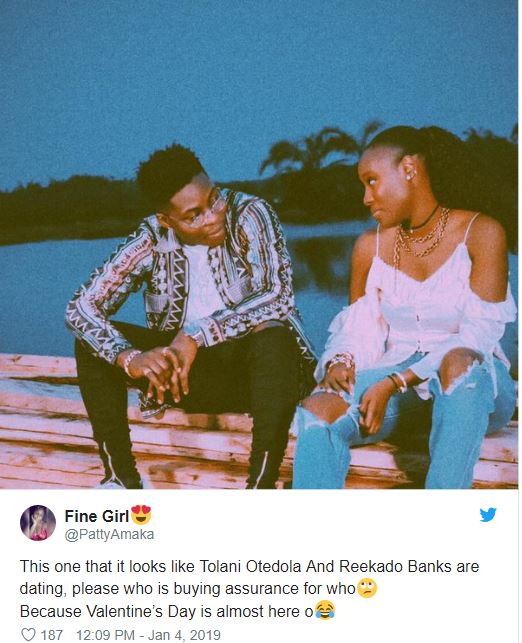 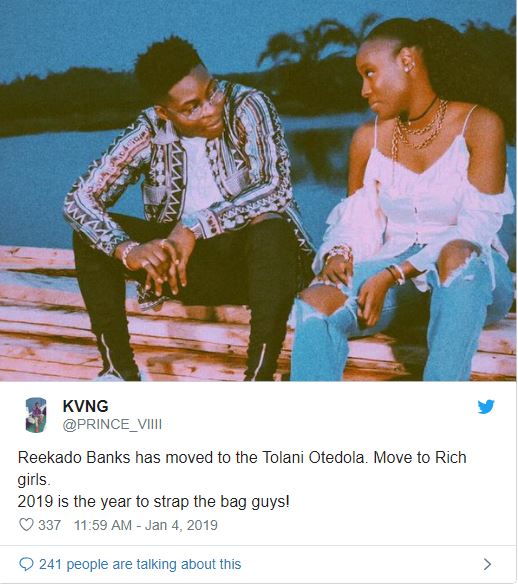 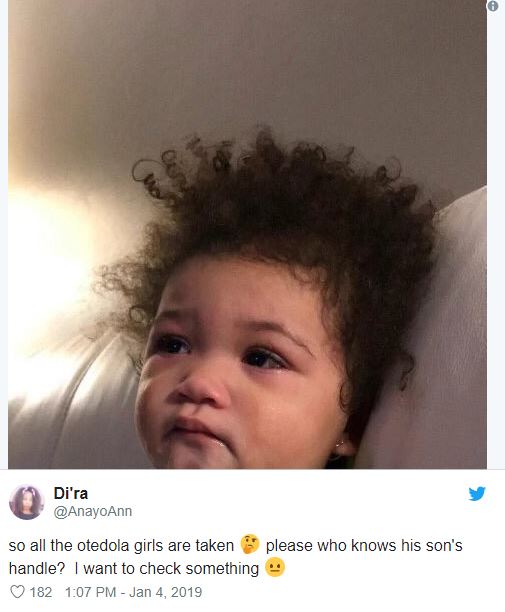 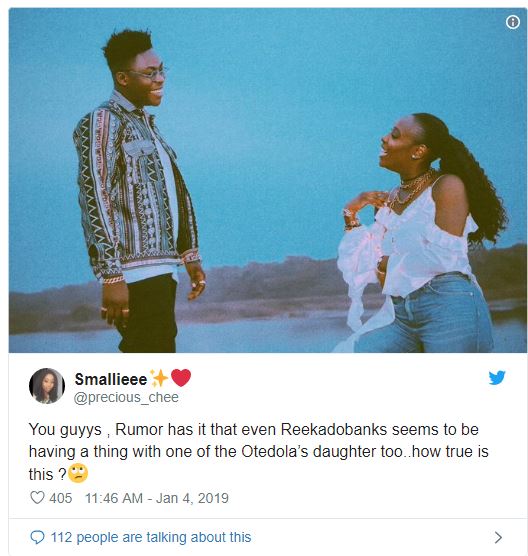 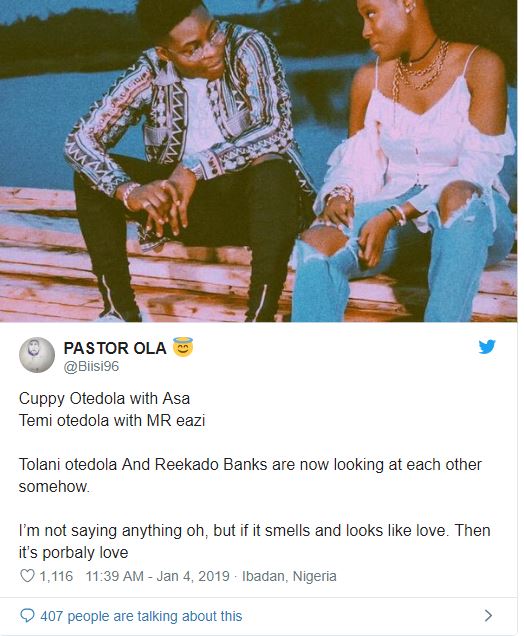 ReekadoBanks: My papa no be Dangote or Adeleke… but we go de Tolani Otedola: Say no more. Otedola with the money ooooo ReekadoBanks with the sense

You guys should calm down!! Tolani otedola and Reekado Banks are not dating, it’s a song they’re dropping.

Asa Asika(Cuppy), Mr Eazi(Temi) , and Reekado Banks(Tolani) out there making money moves “Otedola” . What is wrong with my head sef? Anybody with digger over there? Make I start to dey dig-hunt