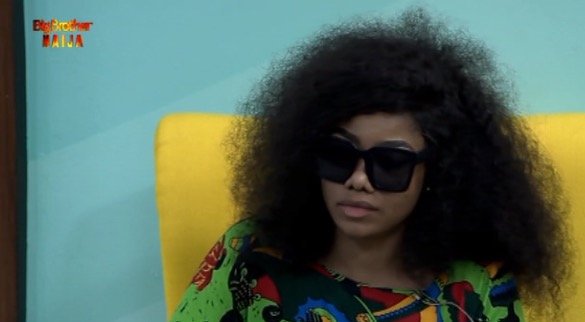 It has been a dramatic day in The Big Brother Naija show that saw 2 housemates shown the exit in barely 12hrs. Barely two weeks since Big Brother magnanimously forgave house infringements and lifted the strikes, Tacha has gotten herself disqualified while Mercy has gotten two Strikes as a result of the fight they both had earlier today.

Tacha was accused of losing her temper which led to her pushing, shoving and pulling of Mercy’s hair which is considered violence. Big Brother found her guilty of breaking the House rule of physical violence and intent to harm the moment she shoved Mercy, and the moment she pulled her hair on 2 separate occasions. Biggie deemed that such physical violence has no place in Big Brother’s house.

The rule book clearly states in Article 18 sub-section 1 that, other types of violence including provocation, goading, bullying and victimisation may be punished by Big Brother in any way Big Brother chooses.

With this new development, the Housemates are now down to eight following Cindy’s earlier Eviction.

BBNaija Update: Mercy safe in the house, gets two strikes