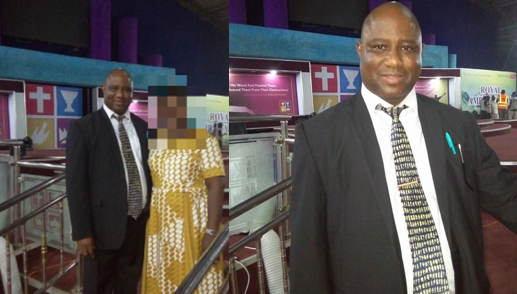 BBC Africa Eye’s on Monday released a documentary targeted at lecturers in some West African universities harassing their students for sex in exchange for grades. After collecting dozens of testimonies from female students, BBC Africa Eye sent an undercover journalist, Kiki Mordi disguising as students inside the University of Lagos and the University of Ghana. Nigerians have taken their exasperation to Dr. Boniface’s Facebook page to call him names and share their utmost disappointment. Hundreds of Nigerians have aired their views on the sexual harassment scandal face by the Pastor of Foursquare Bible Church and the most notable of them is a comment made under the photo of Dr. Boniface and his wife which states ‘Go for HIV test, your husband is a dog’. Many are of the opinion that he should be a guiding light to young girls and not lead them to the “cold room”. See more comments below. Boniface came under attack on social media as social media users flocked his facebook timeline using all sorts of language against him.A close family friend has confirmed that the lecturer was admitted to the hospital after he drank rat poison in an attempt to kill himself. In the late hours of Monday evening, Dr. Boniface was found on the floor unconscious with bubbles in his mouth, he was then rushed to Reddington Hospital the family friend said.