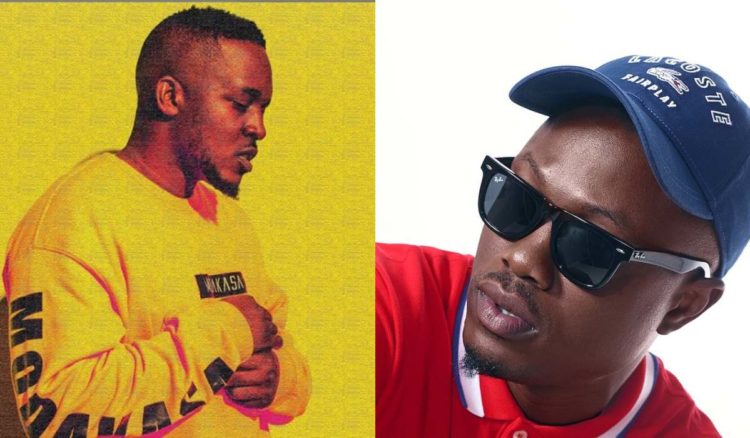 According to Lanre, MI’s management reached out to him to settle the ongoing beef. To prove his point his claim, he shared a screenshot of the messages MI sent to his DM with caption;

@MI_Abaga you have more answers on here since you have hidden time to be in the DM. To think your manager reached out to settle.

Why are you playing yourself? 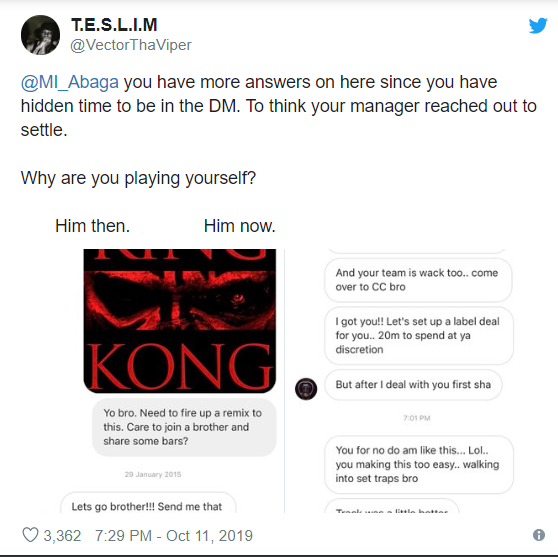 See pictures of the chats he sent, one he tagged “Him Then” which was their conversation when Vector requested he features on his King Kong album and the second tagged “Him Now” which