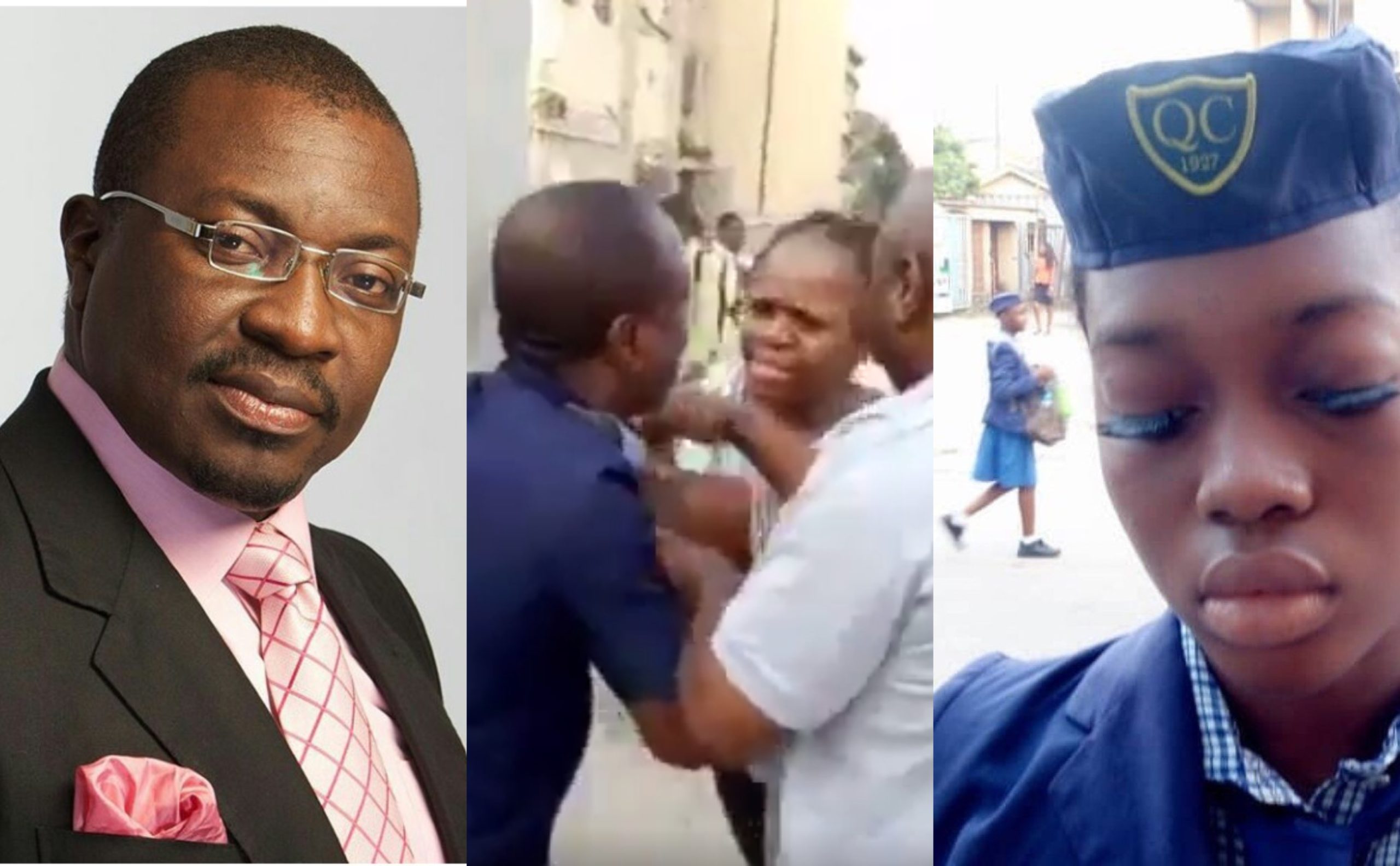 A viral video of the mother of a secondary school student fighting the school security, caught major attention on social media and now it has caught the attention of Comedian, Alibaba. The student had disobeyed the rules of the school by fixing eyelashes and she was denied entry into the school premises by security guards. The mother of the student disagreed with the security officials over their duty and she engaged in a physical combat with them.

Several social media users have reacted to the video online and most people were of a similar opinion that the mother was wrong although not all of them blamed the mother.

Comedian Alibaba has also reacted to the video. He posted a photo of the erring student and posted a caption that reads:

“Happy Mother’s Day… slay queen… from queens’ college. Not Queens’ College ooo. Because there are rules. (Let me come use this video to weed out some senseless people from my timeline)”