All you need to know about Cubana Chief Priest – Real name, friendship with Davido, Net worth & more (Pics)

Cubana Chief Priest whose real name is Paschal Chubuike Okechukwu was born on the 26th day of March 1982 at Orsu, Imo State. He is the second son of the union between his parents. He was raised in Orsu where he grew alongside his siblings. Growing up in Imo, Cubana Chief Priest had an intense passion for music and wanted to be a musician. He was a die-hard fan of Nigerian musicians at the time, like Lagbaja. Cubana Chief priest’s dream of being a musician was short-lived due to is voice however, he did not give up on making a name for himself in the Nigeria Entertainment Industry.

Cubana Chief Priest’s rise to fame did not happen overnight, it was his vision, hard work, and determination that made him a star. After his dream of being a musician faded away, he ventured into nightlife business.

He is currently the Co-director of Cuban Leisure Outfits which includes Grand Cubana Hotels, Rolex Hotels, Cubana Night Clubs, Pablo Cubana(Lagos), Opium Cubana (Owerri), Crave Cubana (Abuja), Scream by Cubana (Owerri), Grind by Cubana(Lagos), Montana (Lagos), Rhapsody (Lagos) and Gustavo by Cubanna (Enugu). He is a show promoter and has over 350,000 followers on Instagram. In Nigeria today, the life of a party can not be completed without the appearance of Cubana Chief Priest. 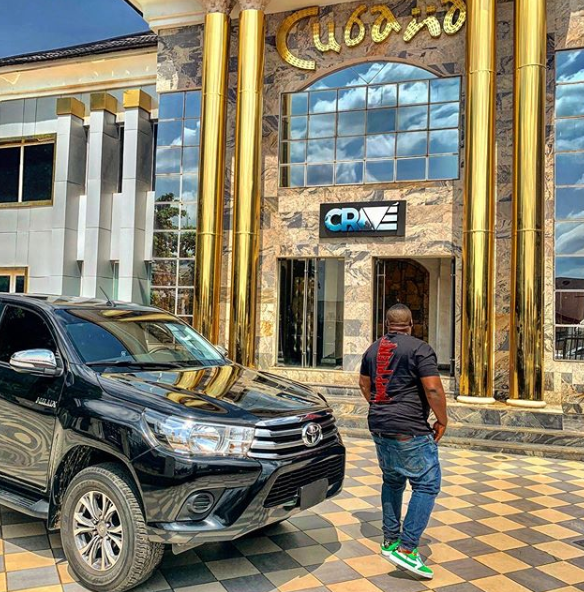 The luxury club owner who can easily pass for a Social Media influencer is known for his high usage of his Instagram account, which is the only platform you can find Cubana.

Cubana Chief Priest lives his life basking in Opulence and fame. He is happily married to Angel Okechukwu with two kids Chukwuebuka and Obinna. The nightlife king recently opened a premuim bar for his wife in the capital city of Imo State. De Angels grill and bar was scheduled to host the BBNaija 2019 winner, Mercy Eke before the relationship between Cubana and the Queen of highlights went sour.

He is a very industrious and enthusiastic person with a sharp temper. He seems never to get tired or need any sleep. He is very loyal was someone wins his respect and affection. He is creative and analytical.No wonder he has achieved tremendous success and great achievements.

Cuban Chief Priest is a multi-millionaire businessman who owns luxury clubs only the rich can tell. He has different car brands which include; Rolls Royce Phantom Car, Range Rover Mercedes G-Class, BMW, etc. He has a house worth millions of naira in Imo state, Abuja and Lagos. The businessman has been actively expanding his brand as he his set to Launch Cubana Club, Enugu by December. Proposed name is Gustavo by Cubana

He also travels to Dubai, Malaysia, United States, and other European countries with his family for vacations. Cubana Chief priest has an estimated net worth of $5million at the time of writing

From Davido to Wizkid to Burna Boy, Cubana Chief Priest hangs out with all the A-list musicians in Nigeria. However, one particular musician, the Business mogul seems to be fond of his Davido. 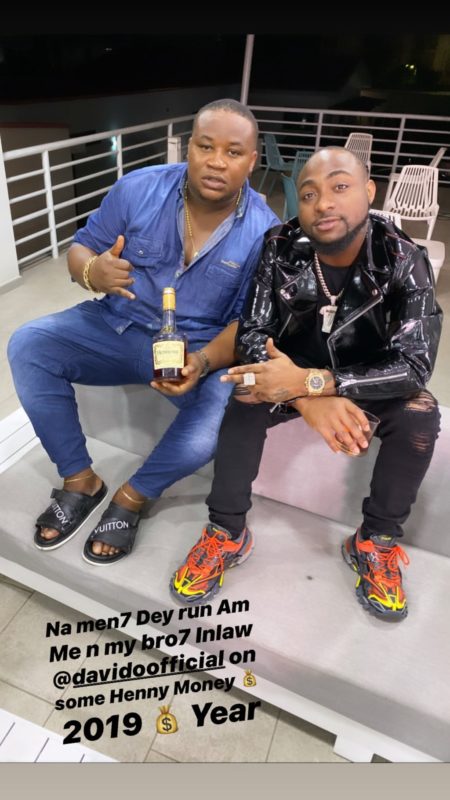 According to him, Davido changed his life. On August 19th, 2018, Davido came to Owerri with fiancee, Chioma to perform. His performance brought a massive crowd to the Cubana Grand Hotel in Owerri thus increasing the popularity of Cubana.

Some dirty-minded broke people called my doing being loud, lol its called show all working. That’s what Lydia my maths teacher taught me. 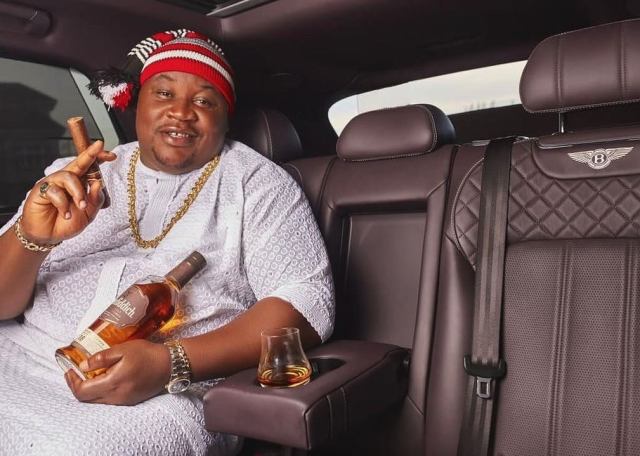 To wrap up our Cubana Chief Priest Biography, here are lesser-known facts that are hardly included in his biography.