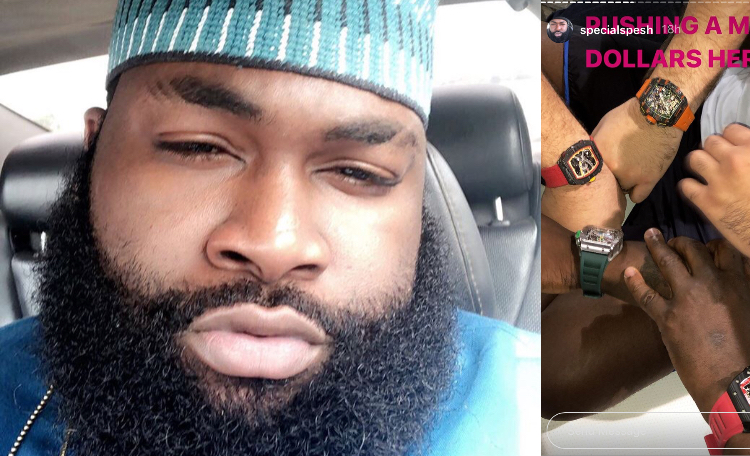 Davido’s hypeman, Special Spesh could not keep his calm when he met big boys rocking a ‘real’ Richard Millie wristwatch at a formula one event in Dubai.

Special Spesh is having the best of his time on vacation in Dubai. He was at the Abu Dhabi Grand Prix to watch the formula one race live.

He also met some set of people that rocked a Richard Mille wristwatch (about 5 of them) that he posted there photo on his Instastory with caption: Pushing a million dollars here 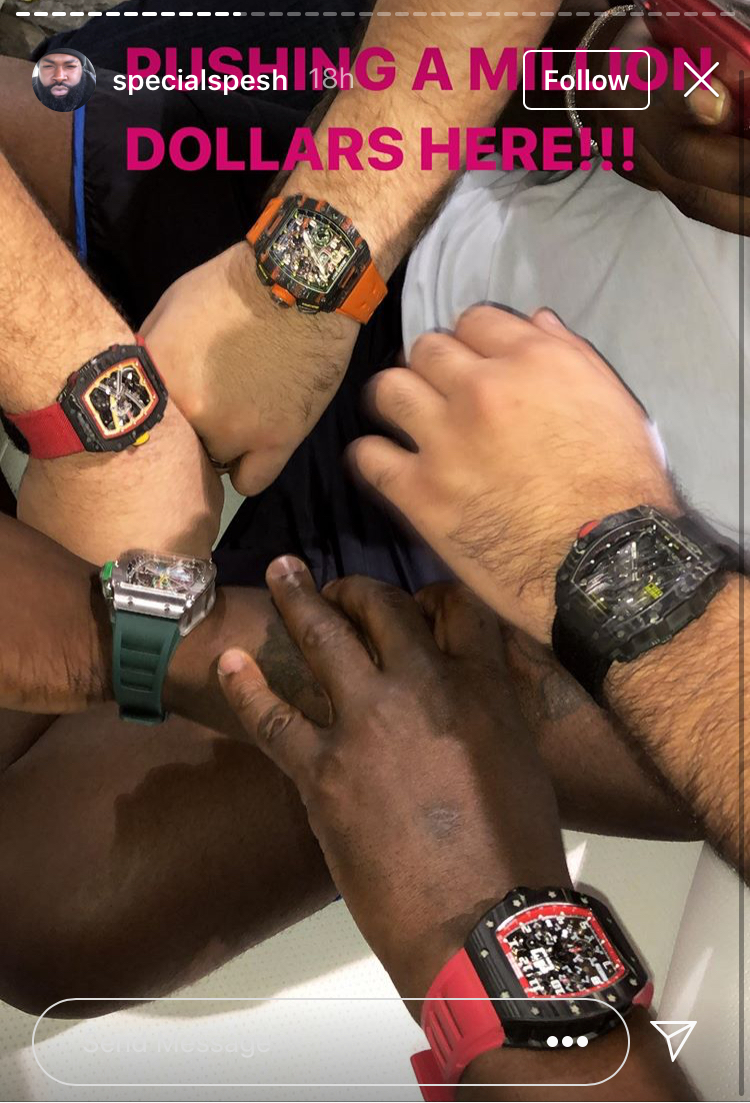 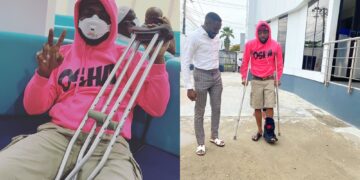