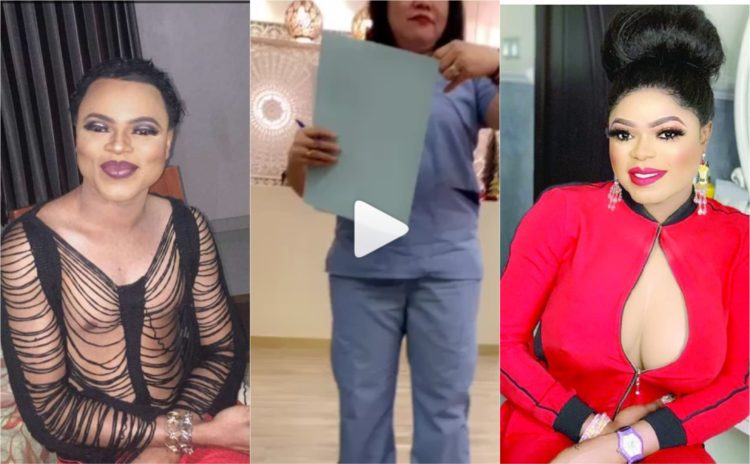 Bobrisky has been called out for disseminating contradicting information about a video he posted on Sunday, with claims that he was about to undergo a surgery.

The cross dresser was called out by a fan via his instagram, for lying about the video, stating that he had posted the same video on Snapchat, saying he wanted to get a spa.

When he posted the yesterday, we reported that he claimed to have signed up for surgery. The video which he shared in three parts showed moments when he signed the medical papers.Sharing the video, he wrote: “I’m scared…. surgery time. Wish me goodluck. I just signed… I pray nothing happen to me after dis surgery.”

“If you’re in a relationship and you still pay…

Now someone has pointed out that the cross dresser deceived us all, because he posted the the same video, with the same content on different platforms with different claims.