The piece of gum that was chewed by Sir Alex Ferguson as a manager of Manchester United football club, has now been sold for £390K on eBay, according to reports.

One thing about him, that’s very much known, apart from the many feats he accomplished with Manchester United, was that in the game, was that he loved chewing gum. He ensured he had chewing gum at his disposal on almost every match day.

The Scot’s love for chewing gum was well documented, and camera shots often panning to the United boss contemplating tactics while vigorously chomping were not a rarity in his 21-year reign of United. 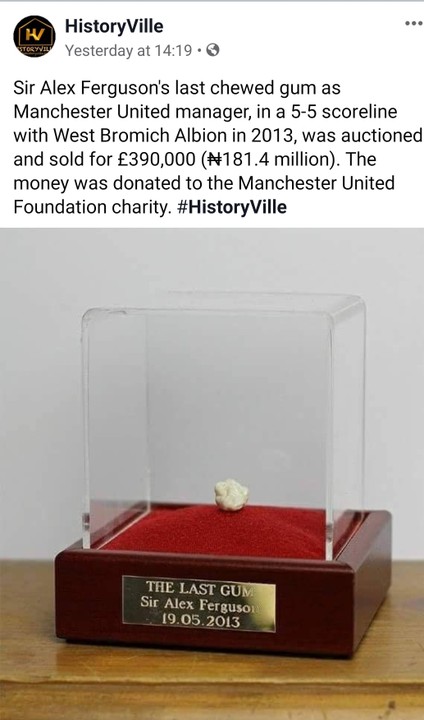 A UK news website dedicated to Manchester United reported that the final game that concluded Ferguson’s tenure at Old Trafford, and one fan claimed to have picked up the gum Ferguson discared at the Hawthorns.

Six years on that exact chewing gum has resurfaced, and the piece of unique memorabilia has been reportedly sold off on eBay for a sum of £390K.