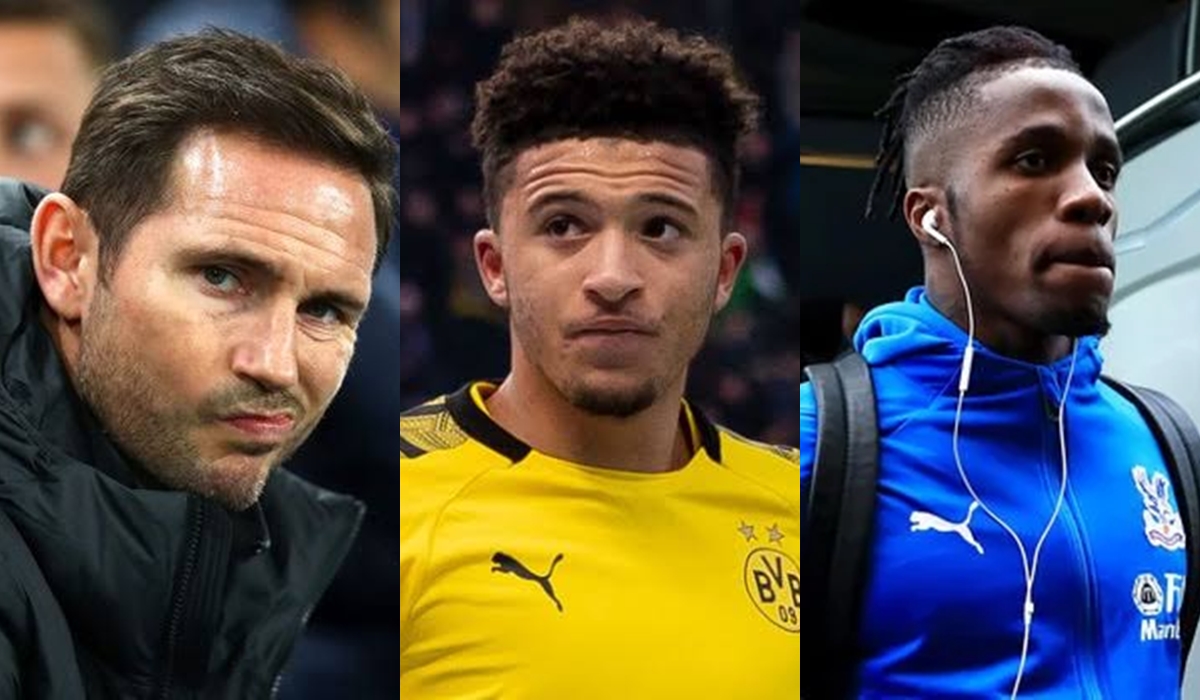 Frank Lampard is reportedly plotting a massive January spending spree as he seeks to add more depth to his Chelsea squad.

This comes after the Blues’ transfer ban was lifted just in time for the club to make signings during the winter window.

Lampard has now set his sights on bolstering Chelsea’s attacking options in the transfer window ahead of a £150 million spree.

The Englishman is understood to have identified up to five targets with priority on signing a striker ahead of Olivier Giroud’s imminent departure.

The 41-year-old tactician is also said to be keeping tabs on the situations of Borussia Dortmund’s Jadon Sancho and Crystal Palace’s Wilfried Zaha.

He, however, will face stiff competition in landing Sancho, with Liverpool and Man United all linked with the prolific English winger.