“Garba Shehu has gone beyond his boundaries!” – First Lady, Aisha Buhari calls out her husband’s spokesperson

Aisha, wife of President Muhammadu Buhari, says Garba Shehu, presidential spokesman, should have resigned for going beyond his brief.

In a statement on Wednesday, she accused the presidential spokesman of interfering in the affairs of the president’s family.

“In saner climes, GarbaShehu would have resigned immediately after going beyond his boundaries and powers,” she said in the statement personally signed by her.

Aisha said Shehu has abandoned his responsibility of managing the image of the president and has “shifted his loyalty from the president to others who have no stake in the compact that the president signed with Nigerians on May 29, 2015 and 2019”.

“To make matters worse, Mr. Shehu has presented himself to these people as a willing tool and executioner of their antics, from the corridors of power even to the level of interfering with the family affairs of the President. This should not be so,” she said.

She also accused Mamman Daura, the president’s nephew, of orchestrating the invasion of her family’s privacy “when the time came for him to leave” the part of the presidential villa he has occupied over the years.

“Garba Shehu as Villa Spokesperson, knew the truth and had the responsibility to set the records straight, but because his allegiance is somewhere else and his loyalty misplaced, he deliberately refused to clear the air and speak for the President who appointed him in the first place,” she said.

Aisha said Shehu’s behaviour “will no longer be tolerated,” and that the presidential spokesman recently “waged a war on the first family through an orchestrated media campaign of calumny by sponsoring pseudo accounts to write and defame my children and myself”.

“Based on Garba Shehu’s misguided sense of loyalty and inability to stay true and loyal to one person or group, it has become apparent that all trust has broken down between him and my family due to the many embarrassments he has caused the Presidency and the first family,” she said.

“We all have families to consider in our actions and therefore it is in the best interest of all concerned for Garba Shehu to take the advice of the authority, given to him sometimes in the first week of November, 2019.” 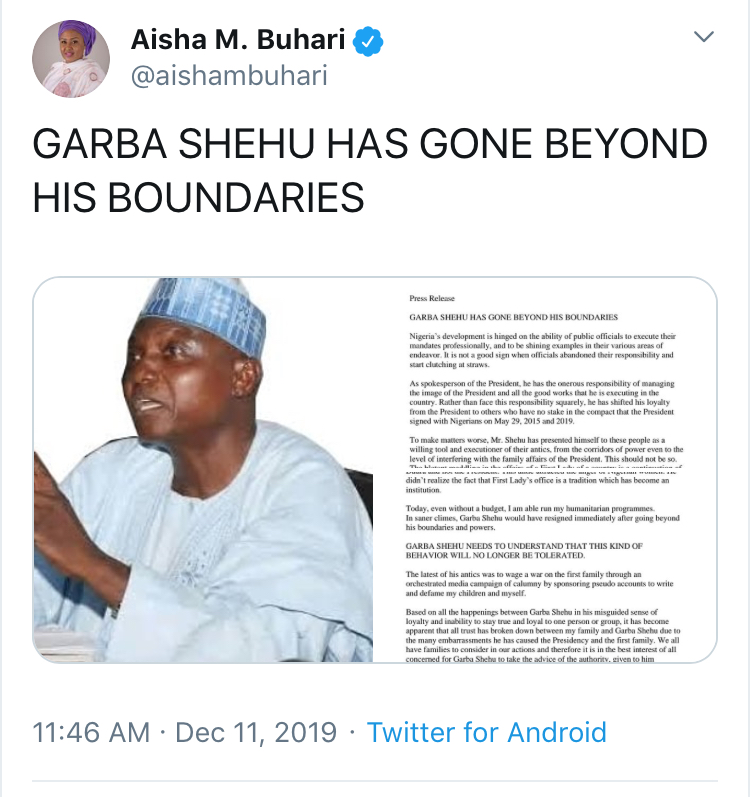 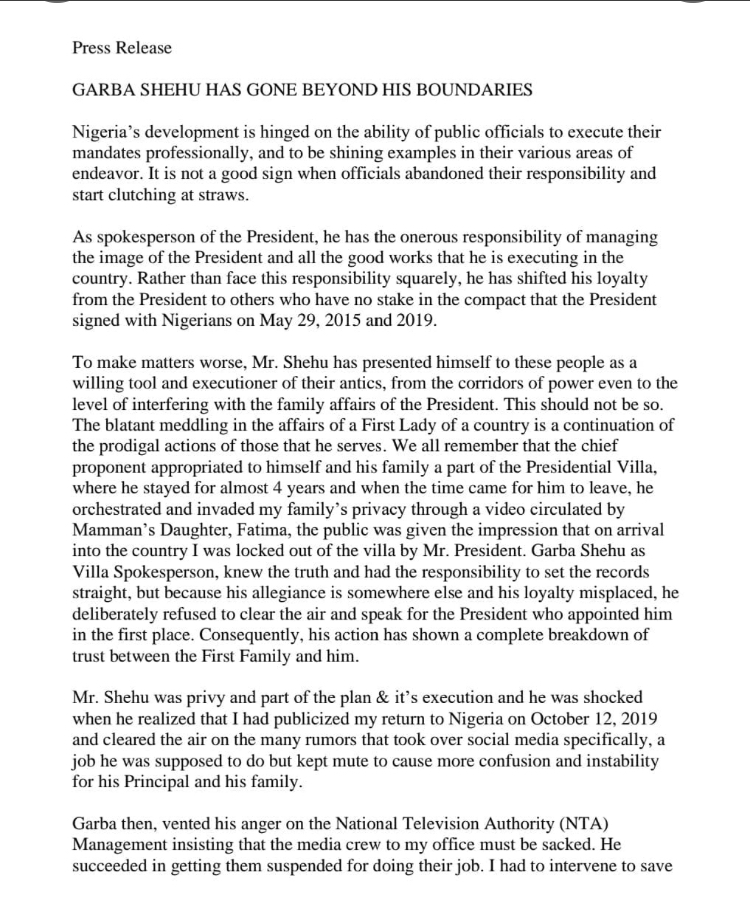 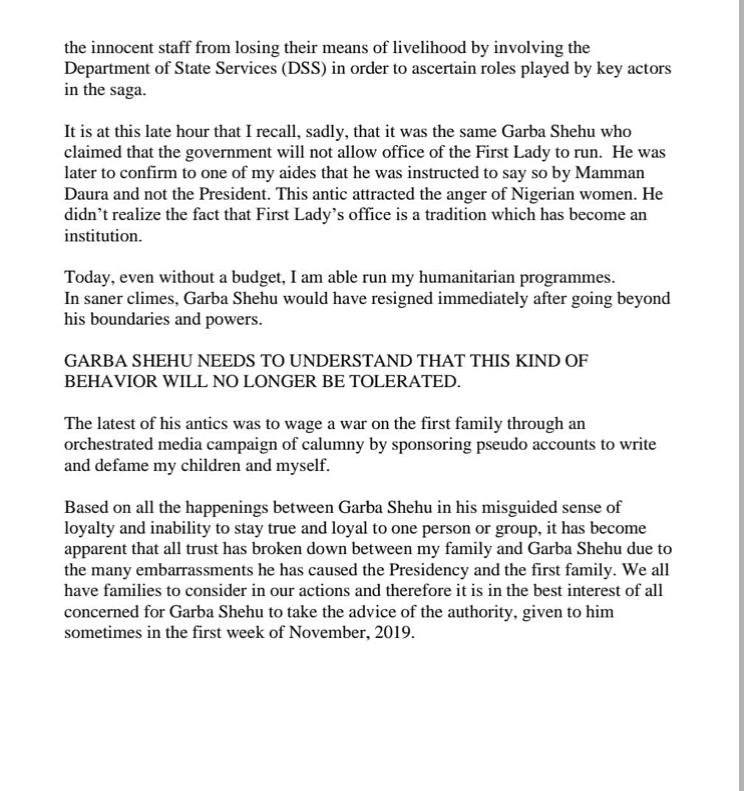