“I shouldn’t get paid because of Wiz?” – Davido quizzes fan that wants him to stop copying Wizkid

Few hours after Wizkid’s advert for UBA was launched, Davido has taken to Twitter to promote Infinix mobile, a smartphone manufacturing company which that he signed an endorsement with months ago.

Davido saw the tweet and he responded the young man, implying that he has to make money, because it’s his business to post their advert and get paid.

Sometimes, the Wizkid-Davido rivalry is a healthy one because it drives them to the top of trends and in turn, brings more money to their already heavy pockets.

But the rivalry is not always healthy, sometimes they have to face serious trolling from non-fans, and many other times, they have to bend their heavily inflexible schedules beyond their comfort zones to keep up with competition against each other. 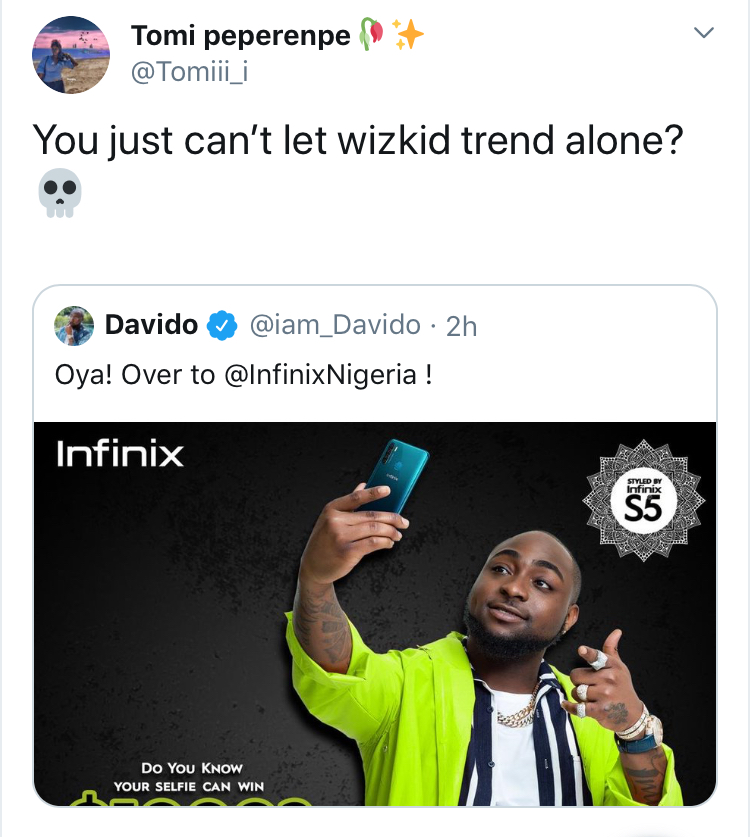 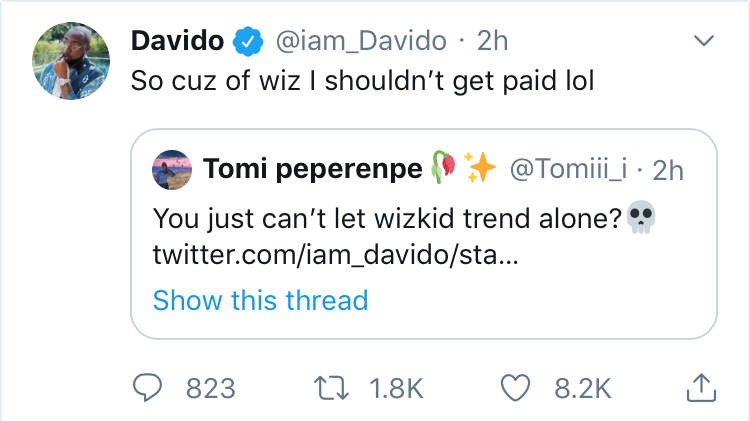