Police officers, especially those that claim to be under the Special Anti Robbery Squad unit, SARS, of the Nigerian police force usually carry out illegal activities, raids of people’s houses in search of yahoo boys, especially if the residents are youths.

This was the case a man narrated on twitter in the early hours of Monday, but it didn’t end well for the SARS officer as they had stepped on the wrong feet.

Read the narration below;

Sienna park for front of the house bang gate…bang gate..nobody answer den, na so two of them use plyer cut the electric fence jump inside d compound… Be like say those guys dey play loud music for inside so dem no hear d banging, sars Sha fly fence inside dey Waka about

Na him one of them come out dem catch That one start to dey rain ham slap😂😂…this is where d action begins, the guy just manage cut commot run enter, coming, coming out… 1 huge elderly man (their father, 4 hefty guys, all brothers, 1 fine babe) all match outside

OK so una don ready for this gist?… 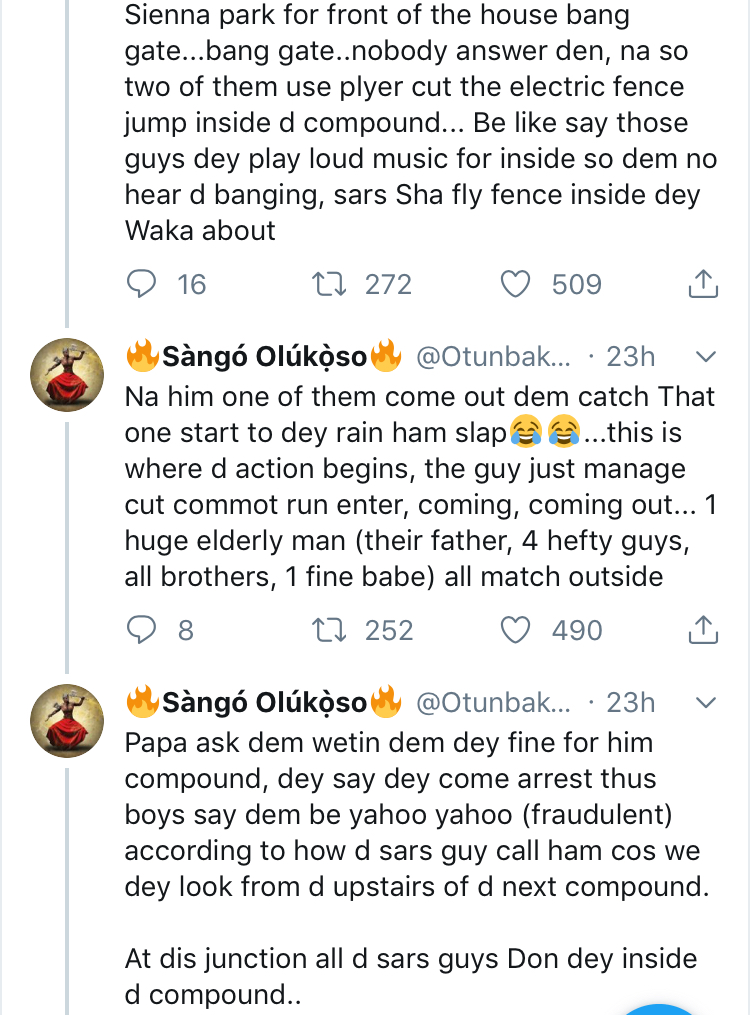 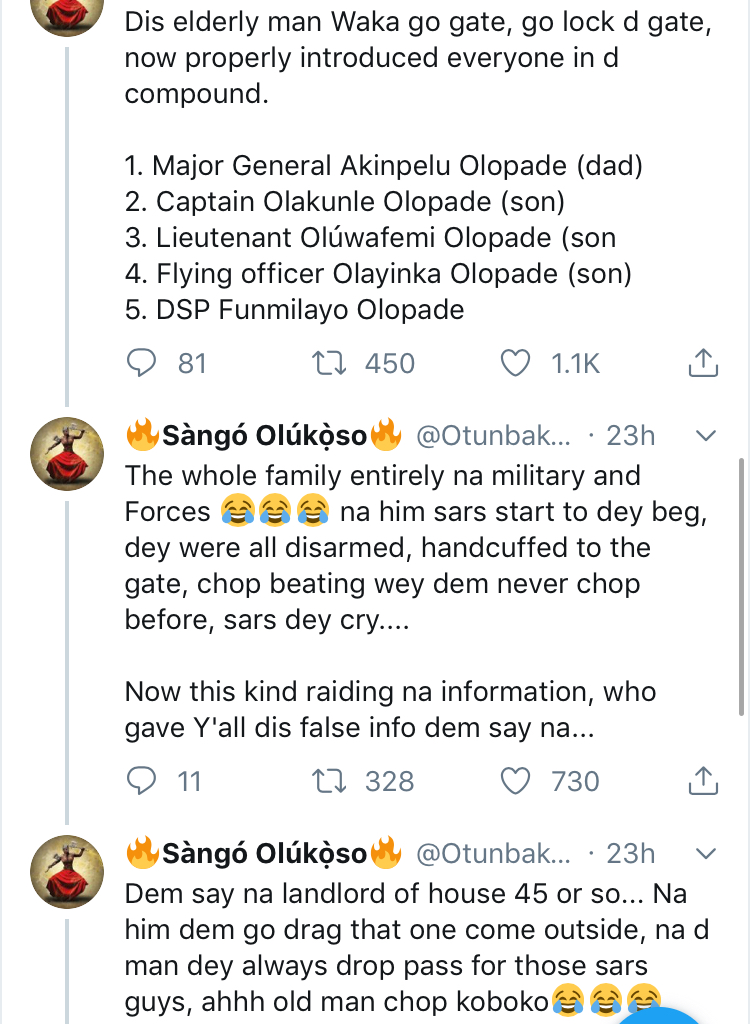 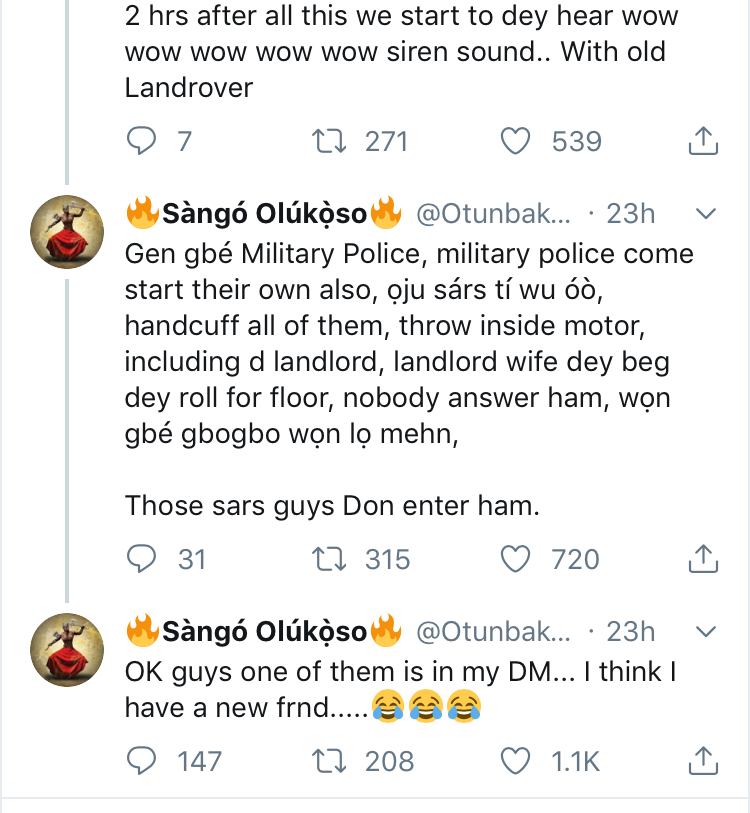