Money, Fame, Fatherhood: The story of Davido and his three baby mamas – How Chioma will cope after marriage (Photos) 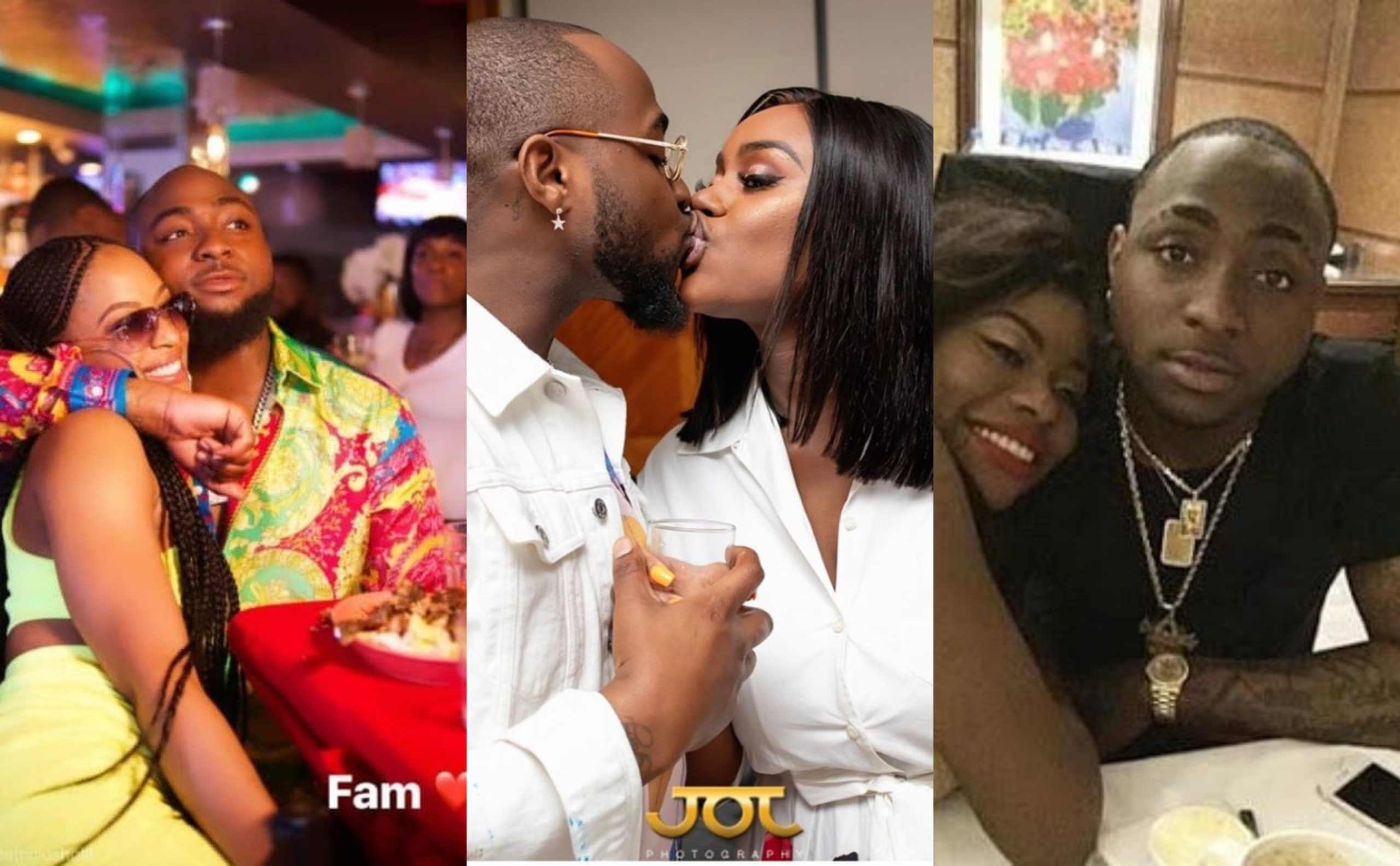 David Adedeji Adeleke, popularly known by his stage name Davido, is a Nigerian singer, songwriter, and record label owner. He was born in Atlanta and raised in Lagos. Davido made his music debut as a member of the music group KB International. In July 2015, he earned a degree in music from Babcock after his father paid the university to start a music department for an inaugural class of one. Davido rose to fame in 2011 with the release of ‘Dami Duro’, the second single from his debut studio album Omo Baba Olowo. Since then, he keeps climbing the lather of fame with hit songs after hit songs. His songs, ‘If’ and ‘Fall’ generated worldwide social media activity, while the latter became the longest-charting Nigerian pop song in Billboard history, making him one of artistes to come out of Africa.

The 27 years old, who came from the wealthy Adeleke family, has over the years, proven to many that he is indeed more than just a spoilt rich kid. From dropping hits back to back, to snagging awards both at the home front and at international levels, there is no doubt that he is indeed a hard worker.

Fame came to him with loads of money as well as women, who practically fall at each other just to get his attention. His affluent lifestyle and love for having a good time attracted the ladies in droves and it came as no surprise when news kept filtering in of ladies having his children out of wedlock. Davido currently has three baby mamas as the latest child, a son, came from his his fiancé; Chioma Rowland few weeks ago.

Despite the news of the arrival of his latest child, some ladies still dream of being his baby mama adding to the number as a video surfaced online last week where two ladies decided to prank him with false pregnancy. This infuriated the music star so much that he threatened to send the girls to jail for publicly accusing him with false pregnancy.

While many would consider Davido’s lifestyle a reckless one, one thing is clear and that is the fact that Davido is big on family and the importance of maintaining a close-knitted one, considering he comes from one himself.

Here’s a breakdown of Davido and his three baby mamas: The year, 2015 was definitely an eventful one for the Baba Olowo crooner as he witnessed his life change forever. He got Sophia Momodu; a cousin to Ovation boss, Dele Momodu, pregnant with his first child, Imade. The drama that ensued before and after the birth of Imade was one that left social media users talking for days. From accusing her of infidelity and even demanding for a DNA test, to forcefully taken the child from her, few months after birth based on accusations of Sophia smoking weed while breastfeeding the baby, the drama was unending. Just when many people taught Davido would take a cue from his first experience of becoming a father by being more conscious and careful with in his dealings with women, Davido got another lady pregnant by the name Amanda. Amanda resides in the US and according to reports; they met on one of his business trips there. Very little however is known about the beautiful lady whose relationship with Davido was devoid of drama and scandals. She welcomed her first and the singer’s second child, Hailey on May 9, 2019.

With his lavish lifestyle, a lot of people were surprised he could settle with a seemingly simple young girl like Chioma, a chef. He was so in love with her that he takes her on shopping sprees in different countries. The greatest surprise of all was when he threw a lavish birthday bash in which he gifted her with a Porsche car worth N45m. With the way the singer constantly, openly professed his love for her on social media, it was clear to many that this was his ‘final bus stop’ as prior to dating Chioma, the singer wasn’t one to make his relationships public. With the way Davido bragged about Chioma, many people assumed marriage was definitely in the picture for these two. However, not many people saw Chioma getting pregnant before the wedding which is slated for 2020.

She recently gave birth to a bouncing baby boy, making Davido not just a proud father but also giving him a David jr. as well.

Davido is engaged to Chioma and they plan on tying the knot in 2020. Hopefully, Chioma will be the last baby mama; we hope and pray!

Davido’s live performances as he shuts down 22,000 capacity Asaba stadium, backstage chilling with his guys (Videos)