Mr P and Rudeboy: Which of them is having a more successful solo music career?

It has been 3years since Psquare’s Paul and Peter Okoye decided to pursue a solo music career under new names, Rudeboy and Mr P, respectively.

The twin brothers split in 2017 over irreconcilable dispute as a music group. In September 2017, Peter Okoye sent a letter to their lawyer Festus Keyamo (SAN), demanding a termination of the contract between the group.

Peter leveled several allegations against his brothers, Paul and Jude Okoye, claiming they failed and they slandered his wife and children on social media.

Judging by the songs they have released individually so far, who do you think is having a more successful solo music career? 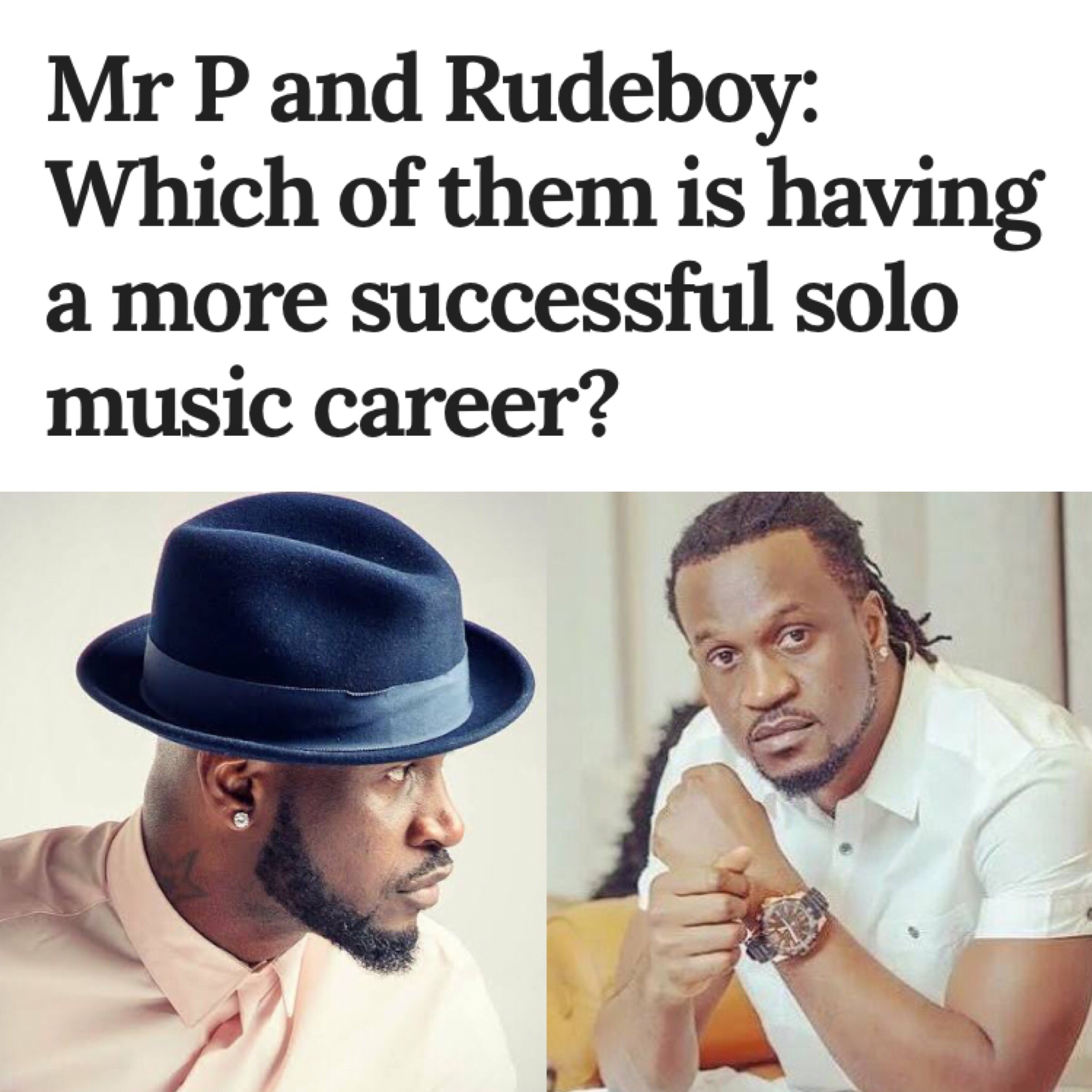 In related news, Peter Okoye praised himself in a recent post on Twitter, for leaving the Psquare group for a solo music career.

The singer who has had a noticeable progression in his music career claims that his decision to go solo was the best decision he made.

He disclosed this in a tweet on December 11, 2019, where he stated that he noticed he has aging backward since becoming a solo artist.

READ HERE: “I have been aging backwards since I left my brother” – Peter Okoye claims

Mr P invites lucky fans to his mansion, tells them to pick whatever they want from his expensive closet (Photo)

Cute video of Paul Okoye and his twins, Nadia and Nathan performing a song together