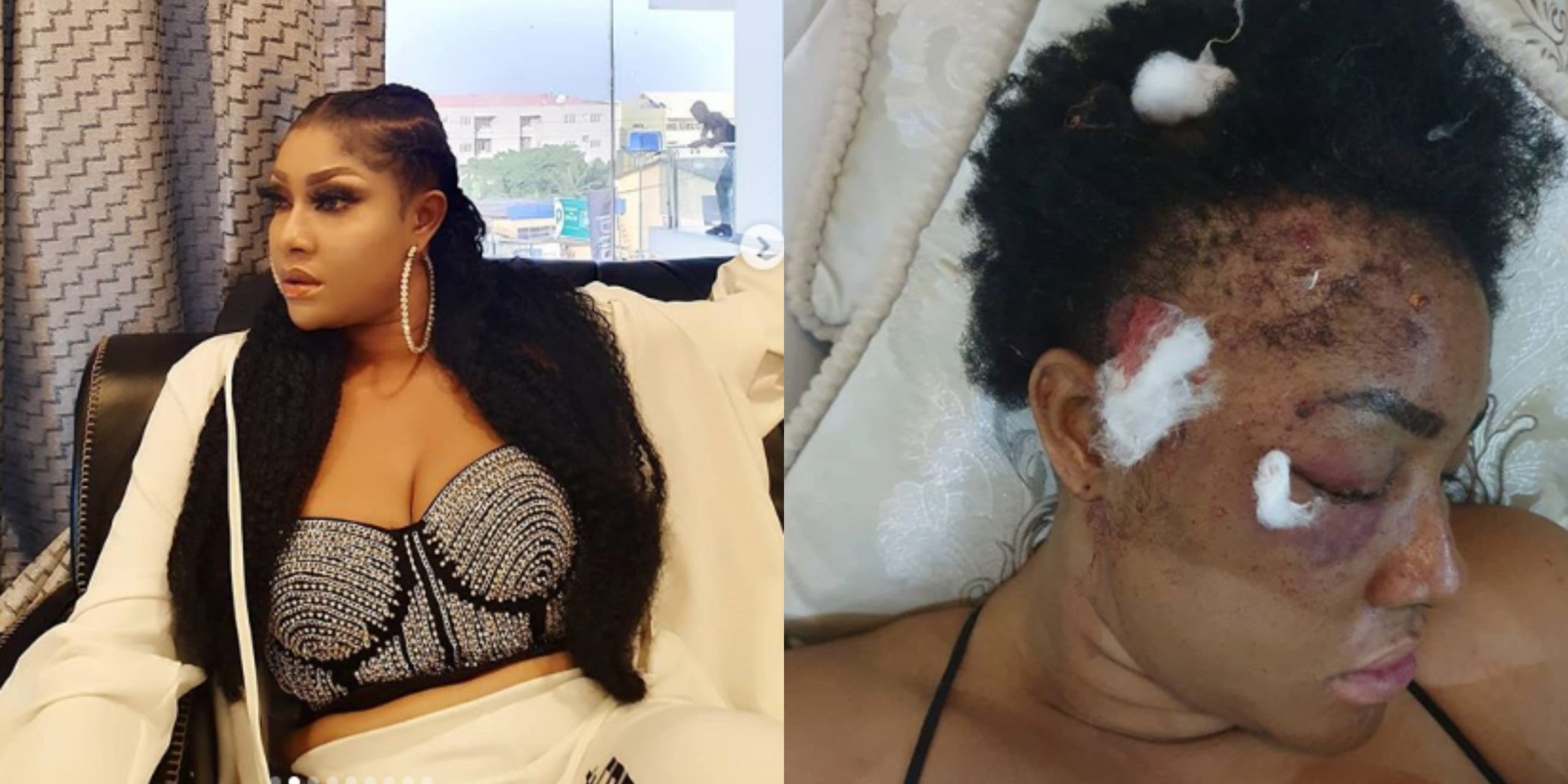 Controversial actress, Angela Okorie seems to have got herself into a deep mess with different allegations springing up that she faked the gunmen attack stories. The actress who came out earlier to slam people who believe she faked her attack, technically was attacked but there is a cover story to it. In a post shared by a Nigerian lady with the username, @ifeoluwa.oluwa.712 on Instagram, Angela Okorie was having sex with a man and his wife, and that was the reason she was attacked.

She disclosed this after blogger, Ify Okoye, revealed on her page that most actresses are into prostitution.  Ify stated that the reason Angela was attacked was that she allegedly blackmailed the husband and wife, despite sleeping with the duo, on different occasions.

“If I ever address any Nigerian actress as “Ashawo” here and you come after me. Not even your horsehair would save you from the slap you would receive from me. Angela caused her death…ohhh sorry! Her attack. She refused to leave the woman’s home in peace and the poor woman had no choice but to warn her by shaking her wig. Ordinary wig shaking and she’s crying. SINGLE LADIES LEAVE MARRIED MEN ALONE!!!!”

Reacting to the post, the social media user wrote:

“Desperation! Everyone wants to drive Gwagon & live in Lekki. She was actually sleeping with both husband & wife. The husband resides in 9ja, the wife in America. The wife found out & got angry. Then they quarrel. Angela started blackmailing them unknown to each other.

Husband paid $20,000 & wife $10,000. After warning Angela to stay away from her home, Angela refused so the wife sent thugs to beat her, the mission was to blind her. Don’t ask me how I know cos I hv an insider in d house of d very high profile couple.… u won’t believe who they are @ifeomafinegirl” Wizkid in partnership with Ned Nwoko for malaria eradication project