Nigerian singer Davido has reacted to the shocking death of American Rapper, Juice Wrld. According to TMZ, American Jarad Anthony Higgins popularly known as Juice Wrld is dead – The 21year old was still conscious when he was rushed to hospital, however he was pronounced dead a short time later.

The death came to Davido as a shock as it came to fans of music worldwide. Davido through his Insta story, shared a screenshot between him and late rapper, Juice Wrld as they prepare to release a record together

The singer said:  Damn bro we just about to drop this record. RIP juicewrld999

See the screen shot below: 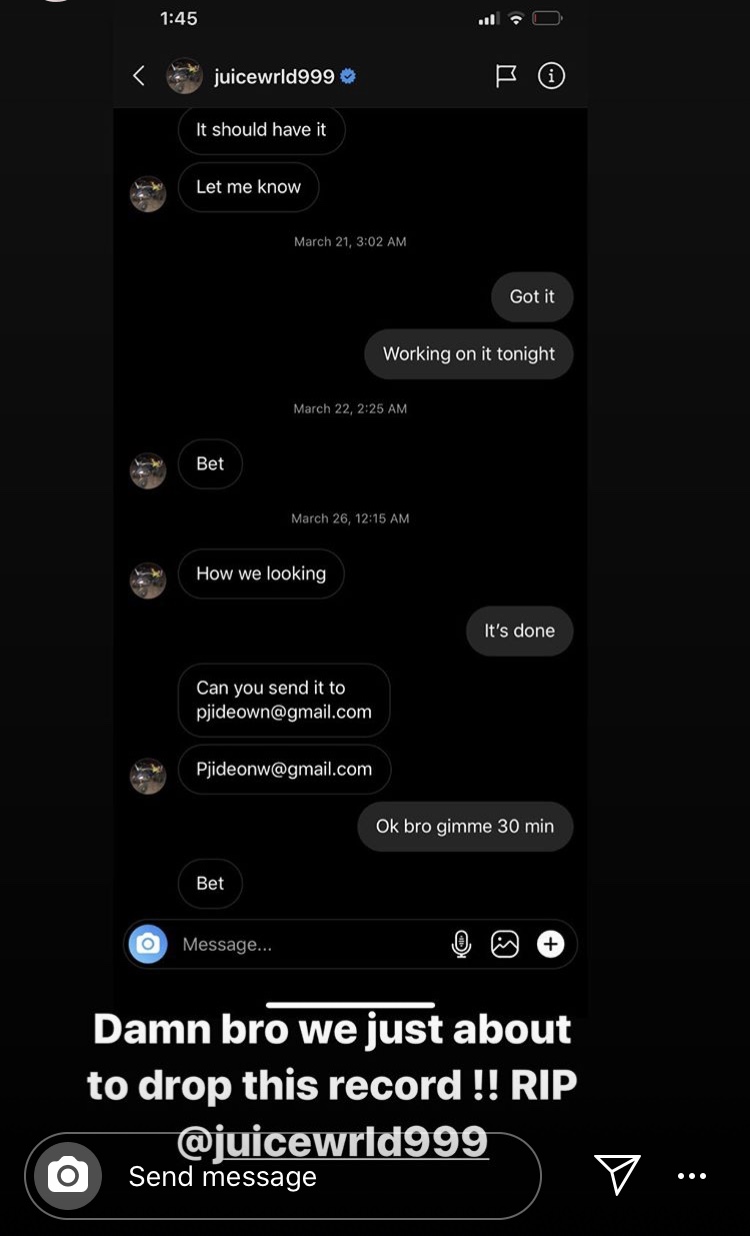