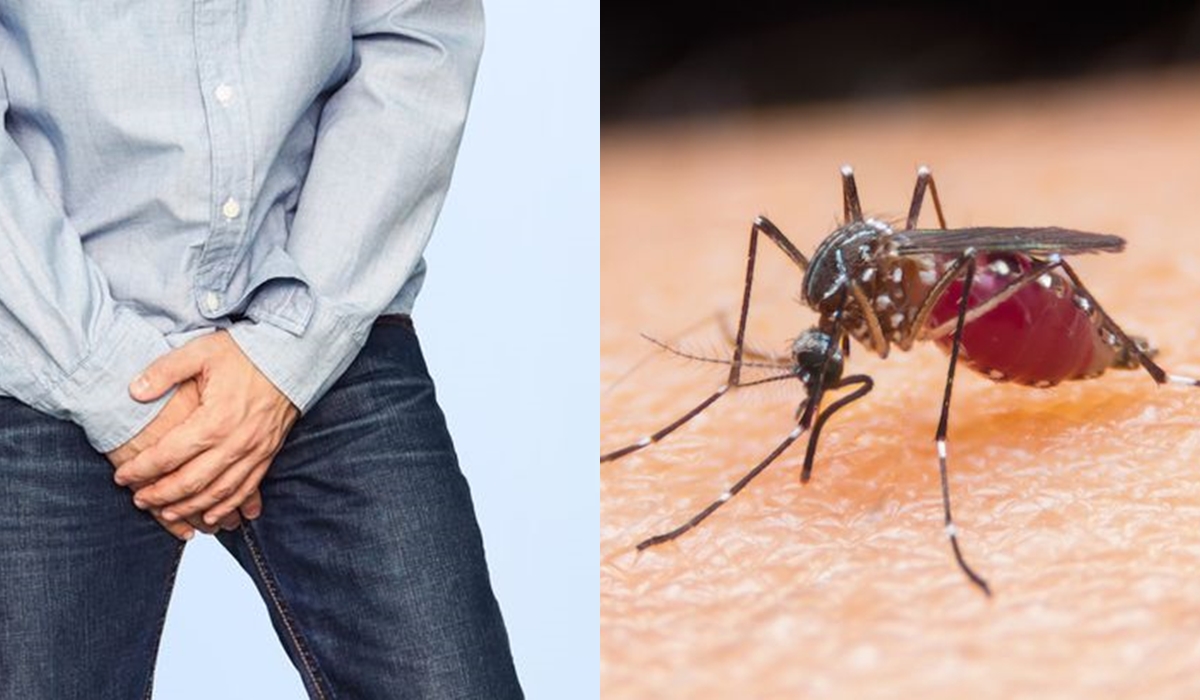 A man in India has been diagnosed with an ‘eggshell testicle ’, following a mosquito bite.

The 80-year-old man, who is unnamed, went to the doctor after discovering blood in his urinate and having problems urinating.

While the man assumed these symptoms were the result of a urinary tract infection (UTI), doctors discovered that one of his testicles had actually calcified, with an ‘eggshell’ forming around it.

According to a report, published in BMJ Case Reports , his right testicle had become ‘grossly enlarged’ and felt ‘stony’ to the touch.

A CT scan revealed that fluid had accumulated in his testicle, causing the wall of his sac to calcify – the process of calcium building up in a body tissue.

The doctors believe that this process was caused by an infection from filarial worms known as filariasis.

These worms are transmitted to humans through mosquito bites, and can cause a number of issues if they reach the lymphatic vessels.

In their report, the researchers, led by Dr Pavan Kumar, wrote: “Elephantiasis – painful, disfiguring swelling of the legs and genital organs – is a classic sign of late-stage disease.”

This kind of infection can usually be treated with drugs, but sometimes requires surgery, according to the researchers.

However, in the case report, the researchers don’t elaborate on any treatment the man received.

‘I have over 13 years experience in relationship management’, Benedicta Gafah shares interesting love letter a fan sent her