Nigerian Actor Bolanle Ninalowo, popularly called Nino, is one of Nollywood’s finest and his rise to prominence even places him ahead of his colleagues who would argue that his physical attractiveness made him a fan amongst the ladies.

The actor who is virtually taking over the cinema screens across the country has not always had it rosy as he he had to relocate to Nigeria to face a new chapter after being an accountant in the US for years. Bolanle came back to Nigeria in 2010 to fulfill his life-long dream of becoming an actor. Bolanle Ninalowo, popularly called Nino was born on May 7th, 1980. He was born to Alhaji Jamu Ninalowo and Alhaja Rualate Ninalowo of Ikorodu, Lagos state.

Nino lived the first 15 years of his life in Nigeria where he got his primary and secondary education. He later relocated to Chicago where he spent another 15 years. He studied Accounting at Devry University and studied Marketing at Keller Graduate school of Management in America. Nino first worked as a banker at Bank One and an accountant at General Growth Properties in Chicago. He came back to Nigeria in 2010 and first worked at Guarantee Trust Bank. He started a record label which he shut down three years later due to unproductivity. He eventually delved into acting and production.

His debut movie Rebirth was also his first production and he premiered it in America in 2010. He has acted in a lot of movies including ‘the real deal’ a movie produced by Desmond Elliot and has been tagged as the new hunk of Nollywood by his fans. His cousin, Rukky Sanda, Nollywood actress and filmmaker gave him his debut role in her movie titled ‘the search’. Getting aroused on set In a chat with Sunday Scoop, the actor confessed that he had been turned on on set. He said, “Believe it or not, it probably happened to me once or twice within my entire career. However, my eyes and mind are always on the prize.”

His Marriage Crashed and picked up

Speaking in an interview with New Telegraph, he said ‘When I first came back to Nigeria; that was in 2004 for a visit, I met her then and took her to America and at some point, I realised we didn’t have the same goals and objectives in life and things went soar between us. 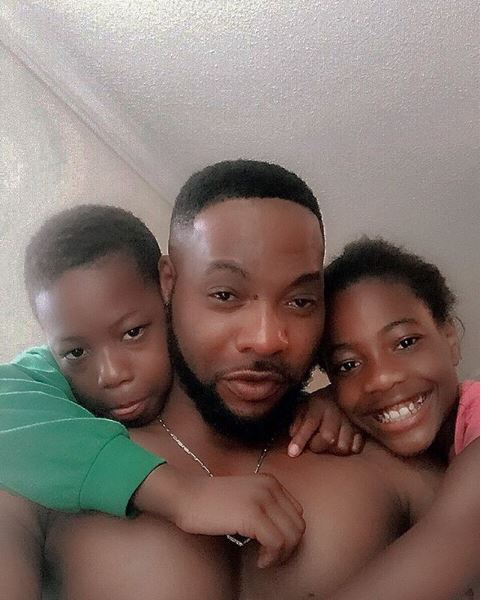 “We were married under American law. I have never had a wedding; my hope was to succeed here and bring her back with my kids and do the right thing. So I don’t consider myself as a married man based on that note.”

The former couple have been separated for seven years hitherto 2018 where they reconciled in the US. Bolanle Ninalowo and his wife, Bunmi are waxing stronger than ever after they reconciled a few weeks back. If you recall, in 2017, he revealed their marriage was over. However, last month, the couple who were split for 8 years found their way back to each other. He flew out of Nigeria to the U.S where she and their two kids are based.