The car that late rapper, Tupac Shakur, was fatally shot in is up for auction, at a whooping £1.75million (£1.34million), featuring what are thought to be bullet dents from the fateful night he was killed. 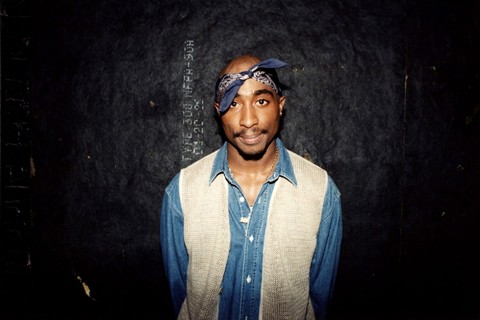 The late rapper known for his hit R&B/Hip-hop song “how do you want it” was traveling in a Suge Knight’s black BMW 750Li in September 1996, when a white Cadillac pulled up next to the pair in Las Vegas and opened fire on the pair.

Suge avoided major injury, but Tupac wasn’t so lucky as he was shot four times – with one bullet piercing his right lung before he died in a hospital six days later.

Las Vegas Police impounded the car after the murder and auctioned it off before it was passed through several collectors. The vehicle was previously up for auction in 2017 for $1.5 million.

According to Las Vegas dealership Celebrity Cars’ latest listing, the black BMW 750Li in which Tupac was shot several times in Las Vegas on Sept. 7, 1996 is on sale for $1.75 million.

The vehicle has been completely restored, and it’s even got new tires and rims. It’s also been given it a fresh coat of paint. According to their listing, there is one indentation on the car from where a bullet struck it.

Outside of that, the vehicle is in excellent condition and is drivable with around 121,043 miles already on it. The buyer who acquires the car will be provided with documentation of authenticity.

REVEALED! Here’s all the ‘proof’ that shows TUPAC faked his own death and he is still alive (With Pictures)

Tupac’s handwritten ‘Dear Mama’ Lyrics to be sold for $75K

15 Rappers who have sex tapes – this will shock you! (With Pictures)