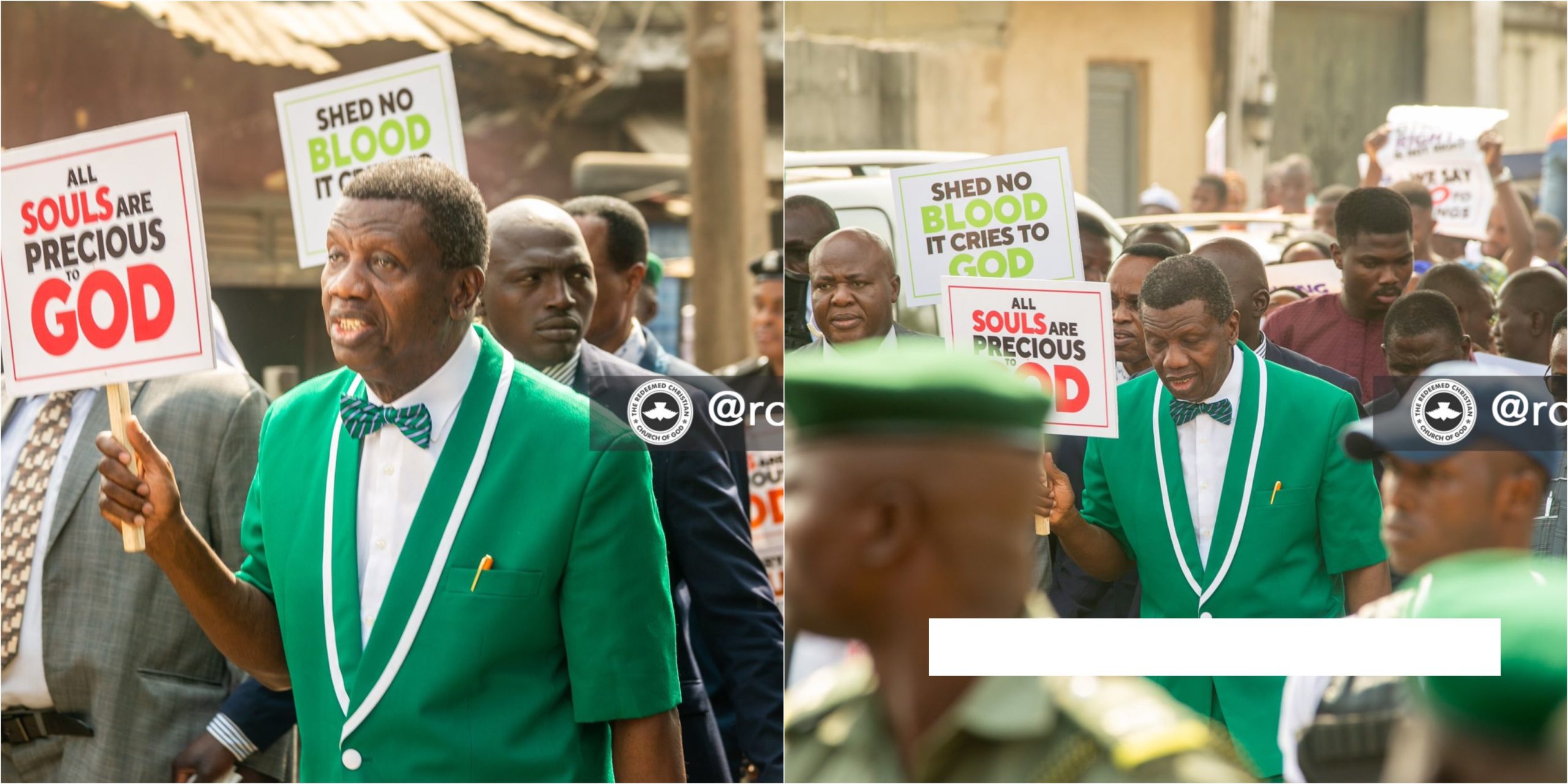 General Overseer of the Redeemed Christian Church of God (RCCG) Pastor Enoch Adeboye led a  protest march against insecurity and killings of Christians across the Nation, especially in northern states.

The March started by 11am shortly after the Sunday morning service the National Headquarters of the church in Ebute Metta, Lagos. According to reports, the protest is an initiative of the Christian Association in Nigeria reacting to the insurgency and insecurities in the country.

An official statement on the church’s page says:

Today, Sunday, 2nd of February, 2020, members of the Redeemed Christian Church of God led by her General Overseer, Pastor E. A. Adeboye, embarked on a prayer walk that will usher in a new dawn in our dear country, Nigeria. The prayer walk was aimed at offering prayers and supplications unto God to save Nigeria from being consumed by insurgents, terrorists, bandits, kidnappers, armed robbers, militants and ritualists in all our states.

Furthermore,we declared that Jesus who is the Prince of Peace is our Lord and King. We carried and displayed several placards saying ‘No’ to further killings and demanding that the Federal and State governments should rise up to their civic responsibility of securing the lives…and properties of her citizens. In addition to this, we suggest that the security infrastructure in our nation be overhauled and improved drastically.

It is our prayer and burning desire that peace will reign in our land. It is our heart-cry that our current security challenges will be a thing of the past. #NoToKillings #CANAgainstBloodshed