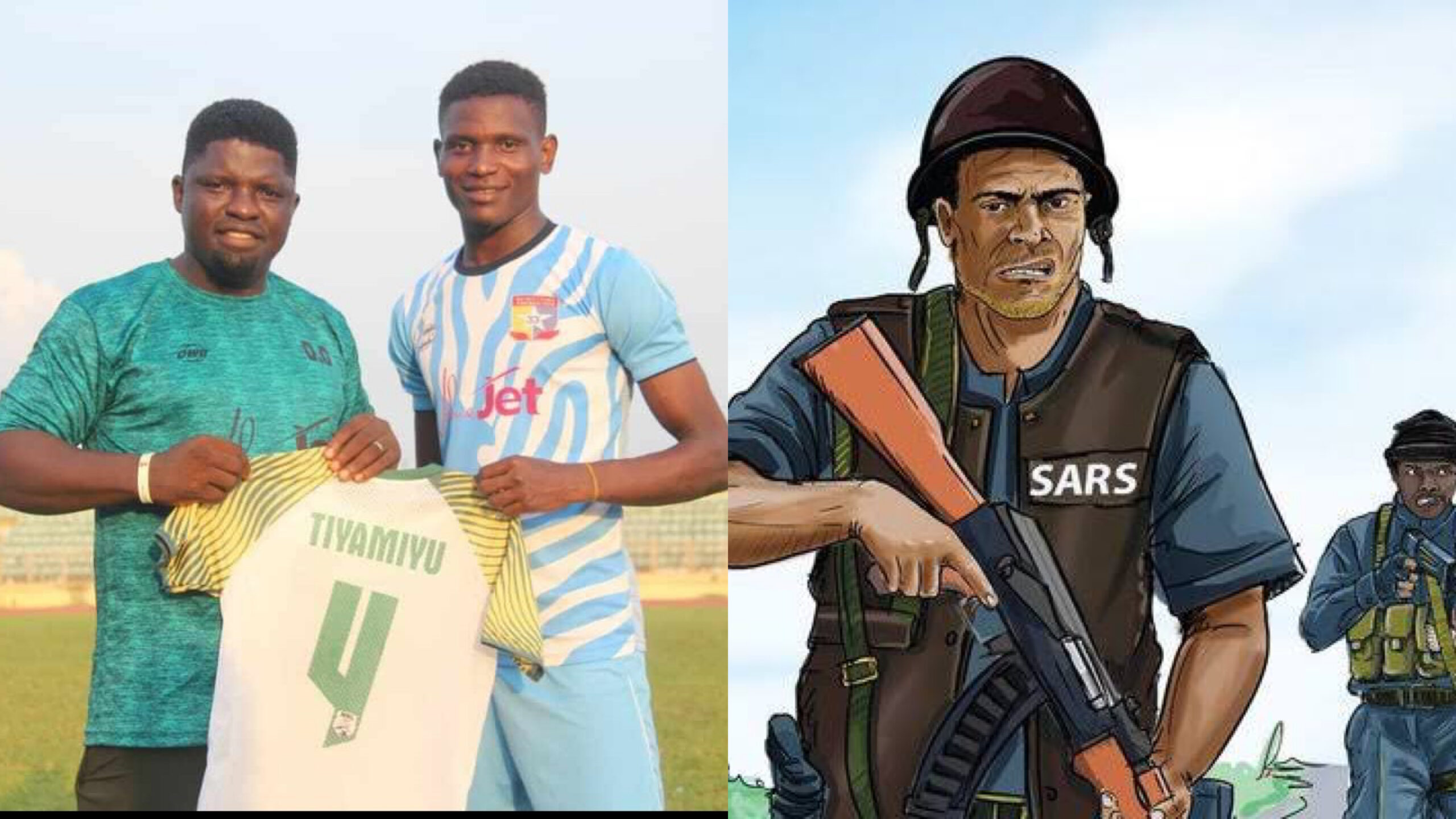 Men of the Federal Special Anti Robbery Squad in fresh extrajudicial activities, have reportedly killed a professional football player who plays for Remo Stars of Ogun state. The Remo Stars Football Club (RSFC) Assistant Captain and Defender, Tiyamiyu Kazeem (Kaka) was thrown out a moving vehicle by the officers after he quizzed them where they were taking him to.

Read the official statement from the club:

Remo Stars Football Club (RSFC) Assistant Captain and Defender, Tiyamu Kazeem (Kaka) has been killed by a policeman from the Special Anti Robbery Squad (SARS) from the Ogun State Command.

Cc @segalink
The incident occurred this afternoon (Saturday) in Sagamu while he was driving along Sagamu area of Ogun State with one of his teammates, Sanni Abubakar.

According to an eyewitness, he claimed that the SARS officer stopped the footballer to label him a Yahoo Boy and they insisted on taking him to the nearby police station.

“The SARS officer stopped Tiyamiyu Kazeem insisting that he was a Yahoo Boy, he brought out his identity (ID) card to identify himself as a player of Remo Stars FC but the officer insisted on taking him to the nearest police station in Sagamu.”

“Tiyamiyu and Sanni obliged, followed the SARS officers, only for them to notice that they were driving towards Sagamu-Abeokuta Expressway, then the guys questioned to know were the SARS officers were taking them to,

but this prompted them to stop the car and push him (Tiyamiyu) out of the car, whereby an unknowing vehicle knocked him down.”

He was immediately rushed to Fakoya Hospital in Sagamu, where it was confirmed that Tiyamiyu Kazeem was no more. Until his death, he was a humble and reliable defender for Remo Stars FC in the ongoing 2019/2020 Nigeria National League (NNL).

May his soul rest in perfect peace and may the Lord help the family to bear the irreparable loss, this is a great loss to Remo Stars Family and the entire football fraternity.