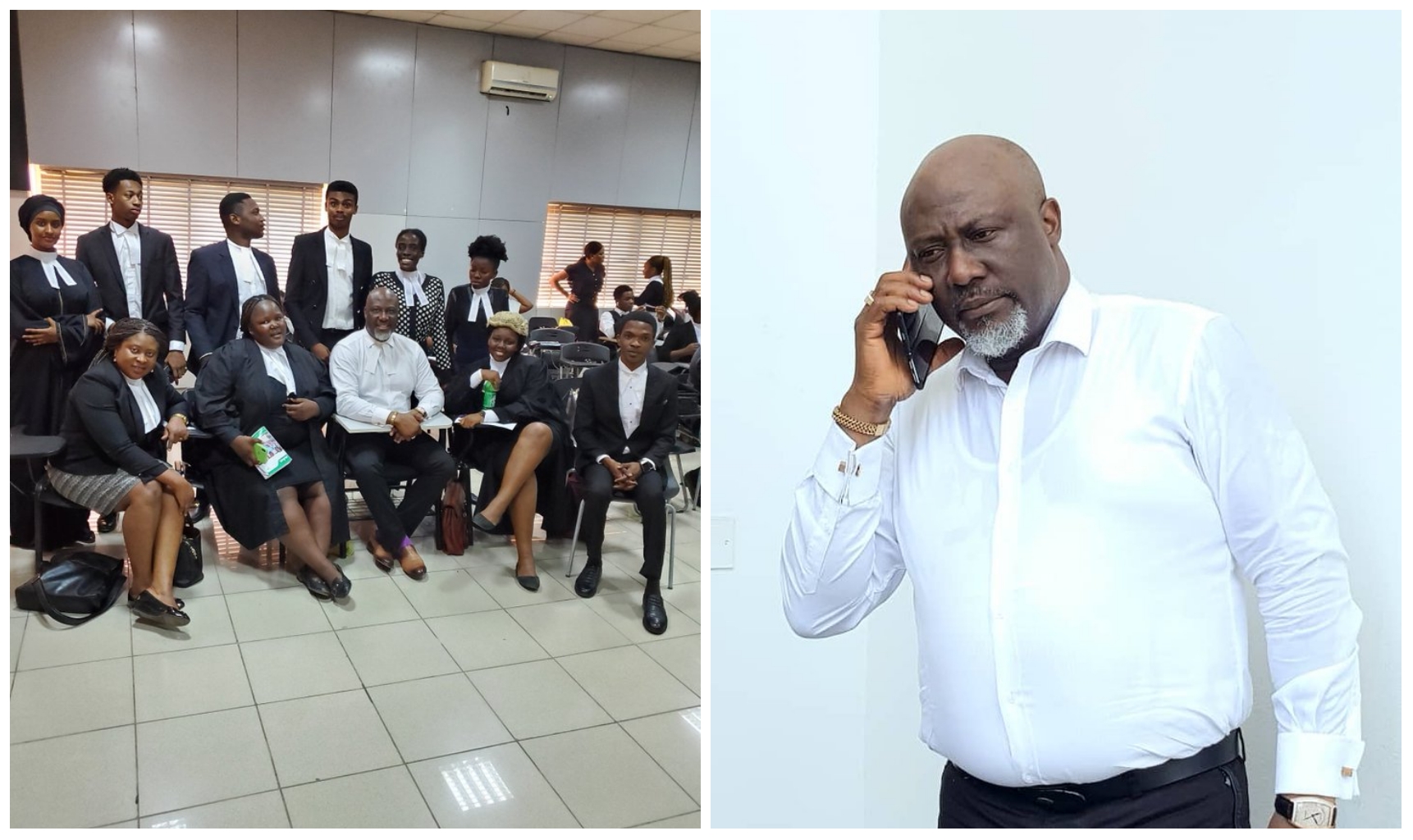 Former Nigerian Senator from Kogi West, Dino Melaye in a latest update shared a photo of himself in a Law class defence team.

According to Dino Melaye, himself and other course mates in the photo are in their 400 Level. #EndSARS: Work with the people or risk a revolution –…

Dino Melaye lost his seat to APC senator Adeyemi Smart in a supplementary election. However, following his defeat, he disclosed that he would focus on his education.

With this new photo and caption, it seems Dino Melaye went back to school to study law at the Baze University.

However, some of his quotes on social media has been about defending rights.

He once posted on Twitter, “I may not agree with traducers, naysayers and voltrons but I will defend to the death thier right to make an ass of themselves.”

Base University is a private university located in Abuja, it is considered one of the most expensive universities in the country.