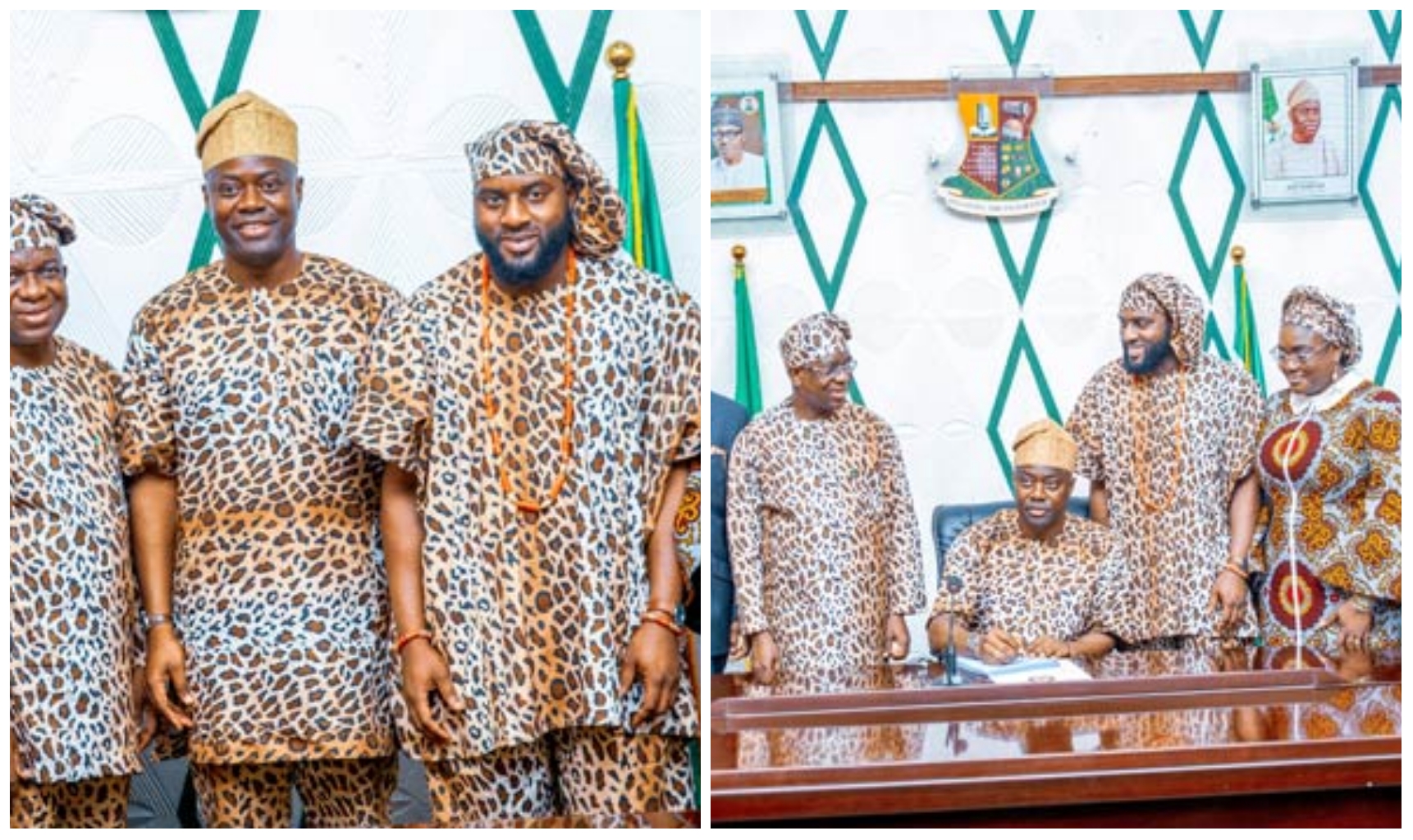 The Oyo state Governor, Engineer Seyi Makinde on Tuesday signed the Amotekun bill in to law.

However, to make it memorable, the governor rocked a leopard skin outfit as he signed the bill.

Aside, Seyi Makide the likes of the deputy governor, Rauf Olaniyan; Speaker of the State House of Assembly, Adebo Ogundoyin; and other top government officials also rocked the leopard skin outfit.

The report disclosed that the bill was signed at the executive council chambers in the Governor’s office in Ibadan, Oyo State.

Seyi Makinde in a statement while signing the bill said, “history has been made as Oyo State joins other southwest states to have the Àmọ̀tẹ́kùn law in force.”

Amotekun is a Yoruba word for Leopard, which is also a significant symbol on the security outfit logo.

Operation Amotekun is a combine effort of the 6 Governors from the South West.

Seyi Makinde is better than all the South East Governors -Man