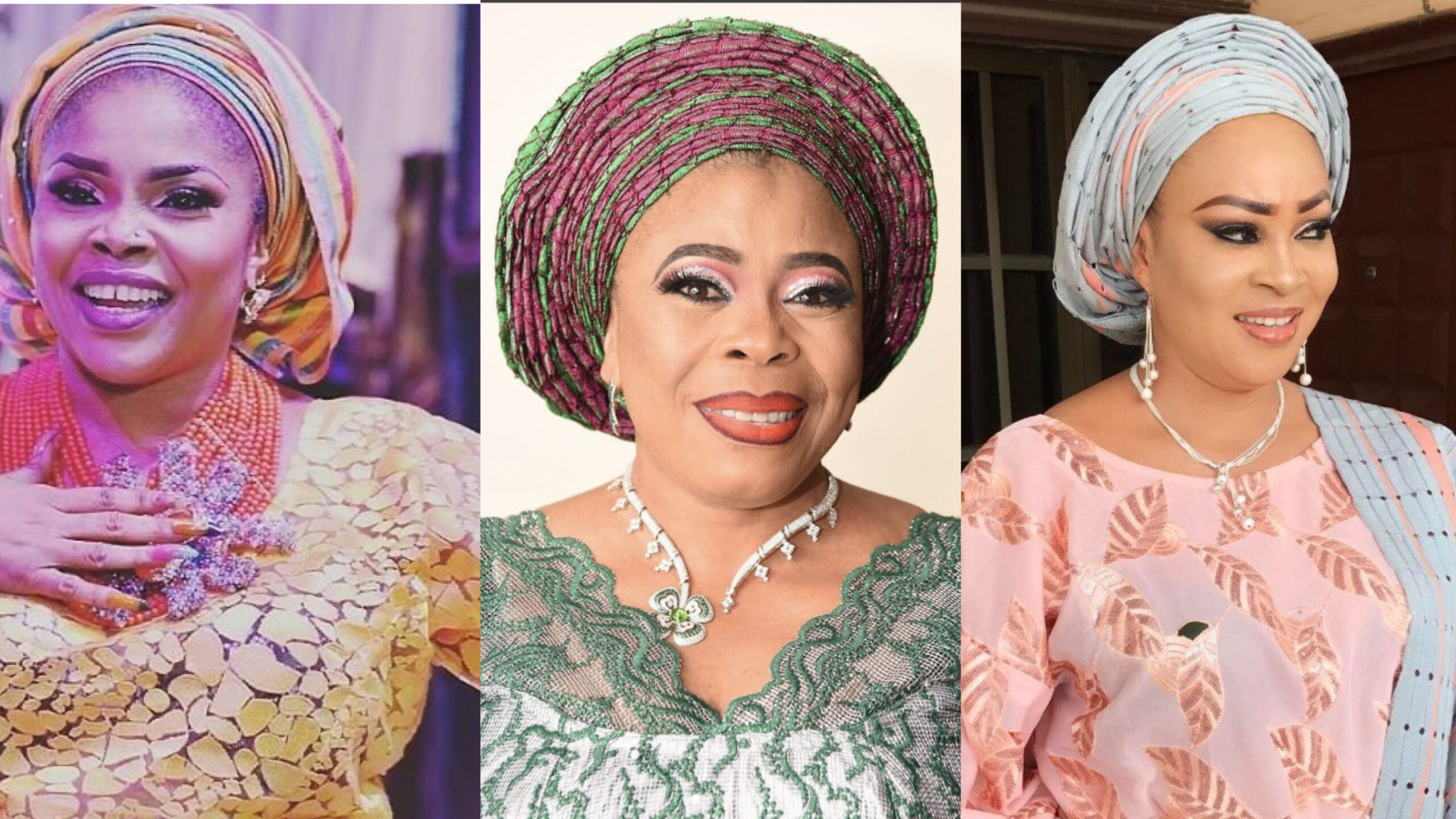 Often times, we can’t help but wonder why actors who have graced our screens and made us fall in love with them over the years will just vamoose from our faces. Well, one thing most fans fail to realize is that there actors are humans as well.

Today, we’re writing about the nollywood exit of three veterans who were at their prime in the early 20’s and they include Lola Alao, Bukky Wright and Toyin Adewale. Multiple sources claimed that the three actresses might have departed Nollywood for good as they sought to seek for greener pastures abroad when their career wasn’t booming as such.

They were once the movers and shakers of the industry. They were household names and not a few fans would do anything to eat from their palms.

While still in Nigeria, the trio of Bukky Wright, Toyin Adewale and Lola Alao were constant faces in most Yoruba movies and they also produced their movies which became blockbusters.

Suddenly, their faces fizzled out in movies and you would have to visit their social media accounts to catch up with happenings in their lives.

Now, they feature more on Instagram than any movie.

For Bukky Wright, life abroad has turned her to a ‘well-wisher’ on Instagram! Its either she is posting well wishes for her colleagues who are celebrating their birthdays or she is flaunting her son, Ojay’s music career.

Though the young man has not ‘blown’ yet, his mum is busy promoting his works.

Wondering why she is still abroad when she could still be in Nigeria and be smiling to the bank with fees paid her in the industry? “Initially, she came over to the United States because of her two sons. Ojay’s brother, O.S, is in the United States Army. They must have filed in for their mum to be considered for the citizenship of the Unites States. Its not up to five years that Bukky landed in the US and she could be compelled to complete the duration before she gets her full citizenship,” asource told Kemi Ashefon.

Aside that, Bukky, who has been married for over four times to different men must have decided to stay put in the US in order to sanitize her body, mind and soul of any marital brouhaha. “You can see that she is no longer a Muslim. Bukky, who is now in her 50s, once converted to Islam some years ago while in Nigeria and also succeeded in converting Lola Alao and the late Moji Olaiya to Islam.

Currently, Bukky has sought refuge in God and decided to convert to Christianity again,” the source revealed. Is Mayorkun’s mum, Toyin Adewale also stuck in the US?

Well, she stays over there with her daughter and must have decided to shun Nigeria; Nollywood and her fans. Toyin, who is now a party planner in the US, Toyin sought greener pasture abroad when things were no longer rosy for the family. Though her son, Mayorkun, a rap artiste who is signed on Davido’s music label is doing well currently and raking in money, Kemi Ashefon gathered that a few years ago, when her son was yet to count the millions, Toyin had travelled to the US to save face and still retain her extravagant lifestyle. Meanwhile, reliable sources said she is doing her best possible to secure legal US citizenship.

Far away in Canada lives pretty and buxom actress, Lola Alao. Now a legal custodian of late actress, Aisha Abimbola’s two kids, Lola,who was in the news lately, is definitely doing all she can to secure her immigration documents and secure a Canadian citizen’s rights. Though she was granted by the court to be a guardian to the two children of the late actress, Lola Alao also needs to be granted the rights of a citizen of Canada before she can return to Nigeria and travel back to Canada if she wishes. Currently organizing social events to boost her career image abroad, she is the new found friend Iyabo Ojo warms up to after her clash with Faithia Balogun.

Davido should get tested for coronavirus – Kemi Olunloyo