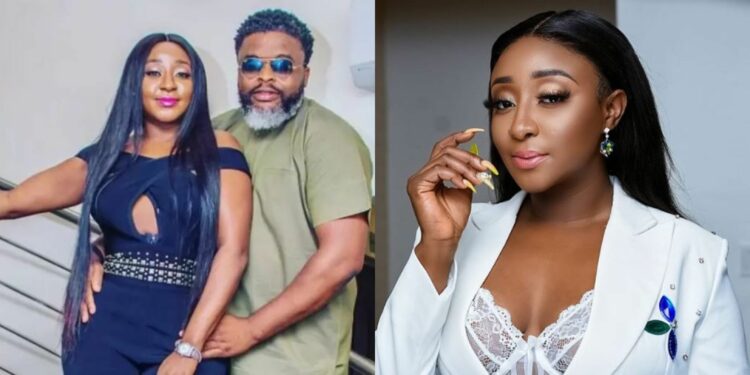 Actress Ini Edo has reacted to the rumours peddling everywhere that she’s dating songwriter and recording artist, Larry Gaga. The rumour was sparked after Larry Gaga shared a picture showing him grabbing the actress by the waist.

He captioned it: “The SECRET of change is to FOCUS all your ENERGY, not on FIGHTING the OLD, but on BUILDING the NEW. My mandy👸❤️💯 @iniedo “ 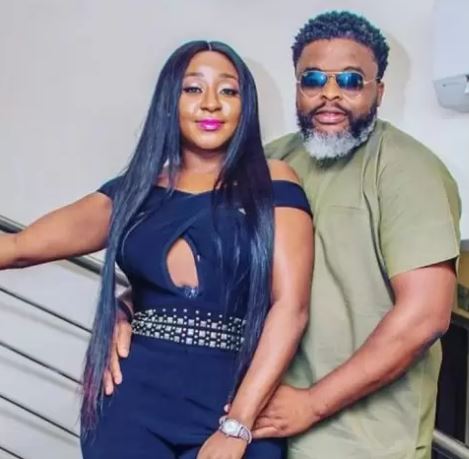 Dropping a comment on the picture, Ini Edo who is divorced wrote “Zaddy Jay to the world”. This led many to conclude that Larry Gaga is her new man.

READ ALSO: Ahmed why? – Davido sheds tears as he mourns the death of his friend (photos)

The actress has now clarified the picture by revealing that it’s from behind the scenes of a movie they are both starring in. 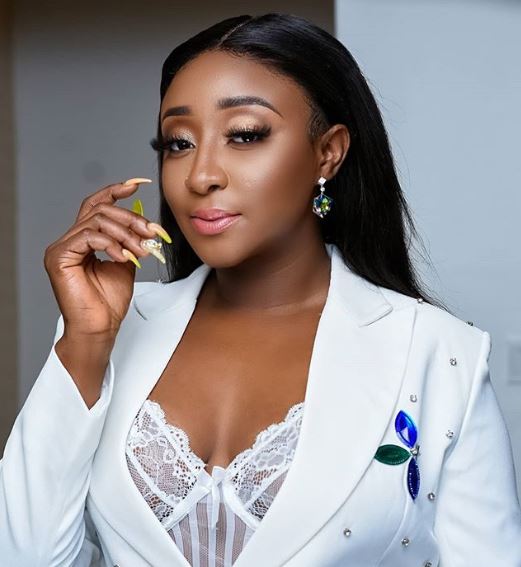 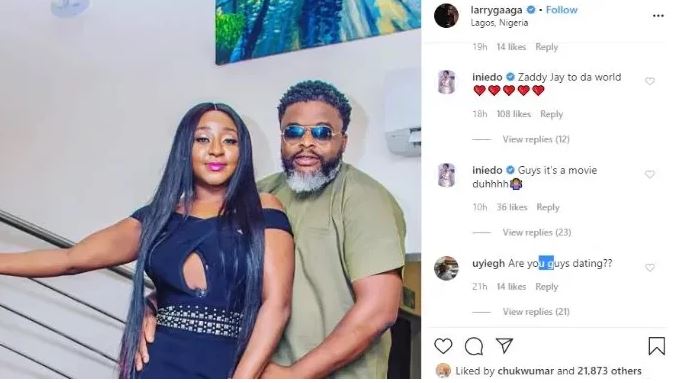 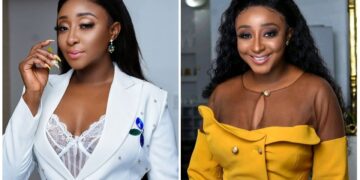 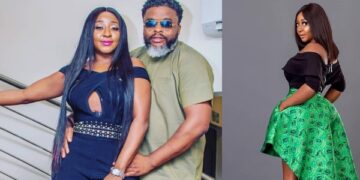 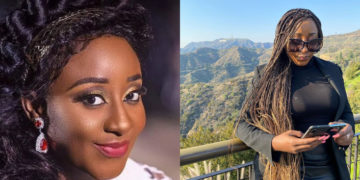 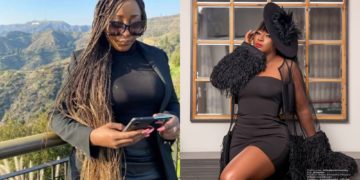 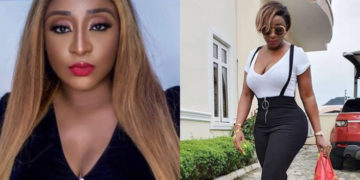 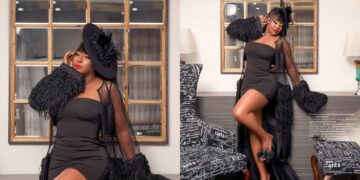 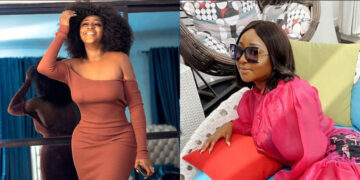