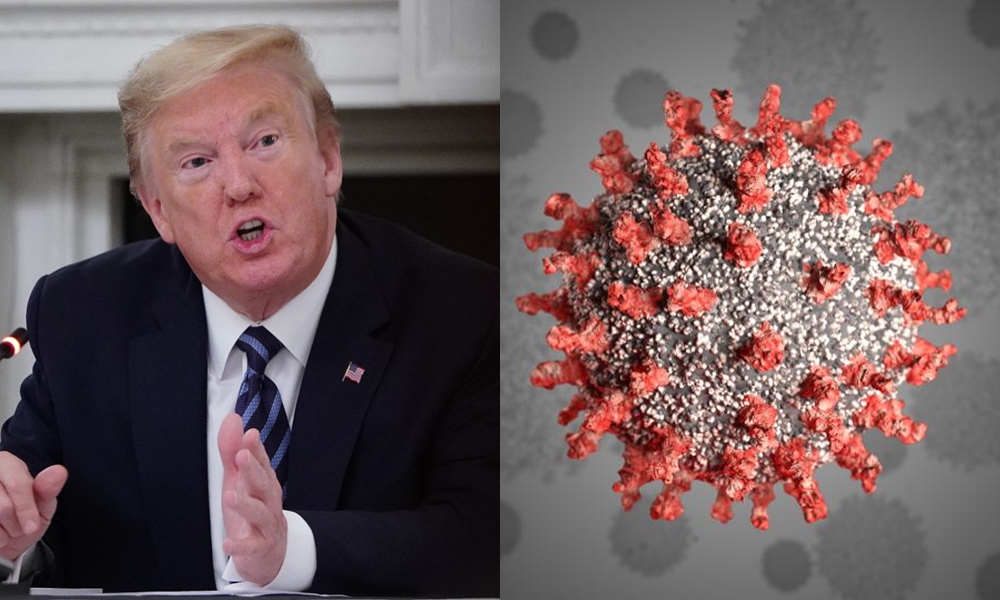 President Trump at the weekend broke with health experts, telling reporters that the coronavirus will “go away without a vaccine.”

“This is going to go away without a vaccine, it’s gonna go away, and we’re not going to see it again, hopefully, after a period of time,” Trump said at the White House. “You may have some flare-ups, and I guess I would expect that.”

Just days ago the Trump administration launched Operation Warp Speed, a project to accelerate the production of a vaccine for the coronavirus, which as of Friday had infected at least 1.2 million Americans and killed more than 76,000 here.

Dr Anthony Fauci, the leading expert on infectious diseases on the coronavirus task force, has repeatedly cautioned that a vaccine is still at least a year to 18 months from being made available to the public.

In an interview last week with Fox News, Fauci said the coronavirus outbreak was “not going to be over to the point of our being able to not do any mitigation until we have a scientifically sound, safe and effective vaccine.”

Asked what led him to believe that the virus would disappear without a vaccine, Trump claimed he had received that information from medical professionals.

‘I sleep with her whenever the urge comes’, Dad arrested for sleeping and impregnating his 18 Years old daughter

Awujale of Ijebu Land, Oba Sikiru Adetona, one of the longest-serving monarchs in Nigeria clocks 86