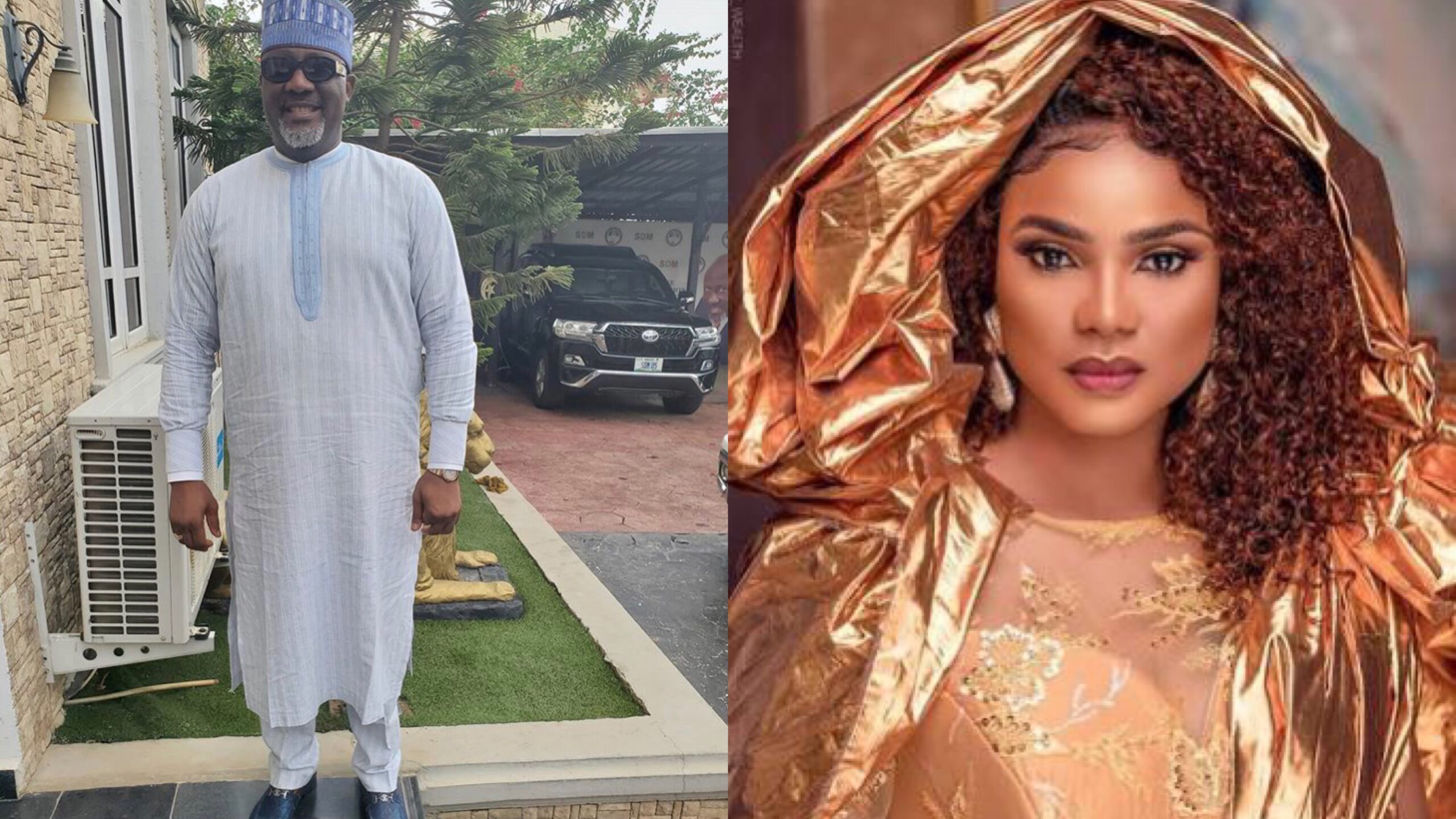 Earlier reports had it that the actress was secretly married  into a royal family in Nigeria and has been behaving like a queen.

New reports have emerged claiming Iyabo Ojo is set to get married to controversial Nigerian Senator from Kogi, Dino Melaye

Well our very good dramatic senator yaf engage my TIKTOK mama,this one nor be Bisi Omologbalogba o, this one Na confirm made,Iyabo is Kuku a single mother and uncle Dino is divorced so two can play the game,Love in the air,this love no go die o,

Actress Lola Alao already took her place as the mother in-law already,but madam should be careful because when Senator Dino was dating Actress Bisi Omo logba logba then,this was the same way Aunty Alao was over her,until Aunty Bisi get belle for the senator ,mama Alao come change mouth say them no agree say she go born for him brother,enough said,love is a beautiful thing and I like Actress Iyabo too😜let’s enjoy this naija🇳🇬🇳🇬🇳🇬🇳🇬money together,

Already congratulatory messages have started pouring in for Iyabo Ojo who has been really glowing in her latest photos shared on Instagram.