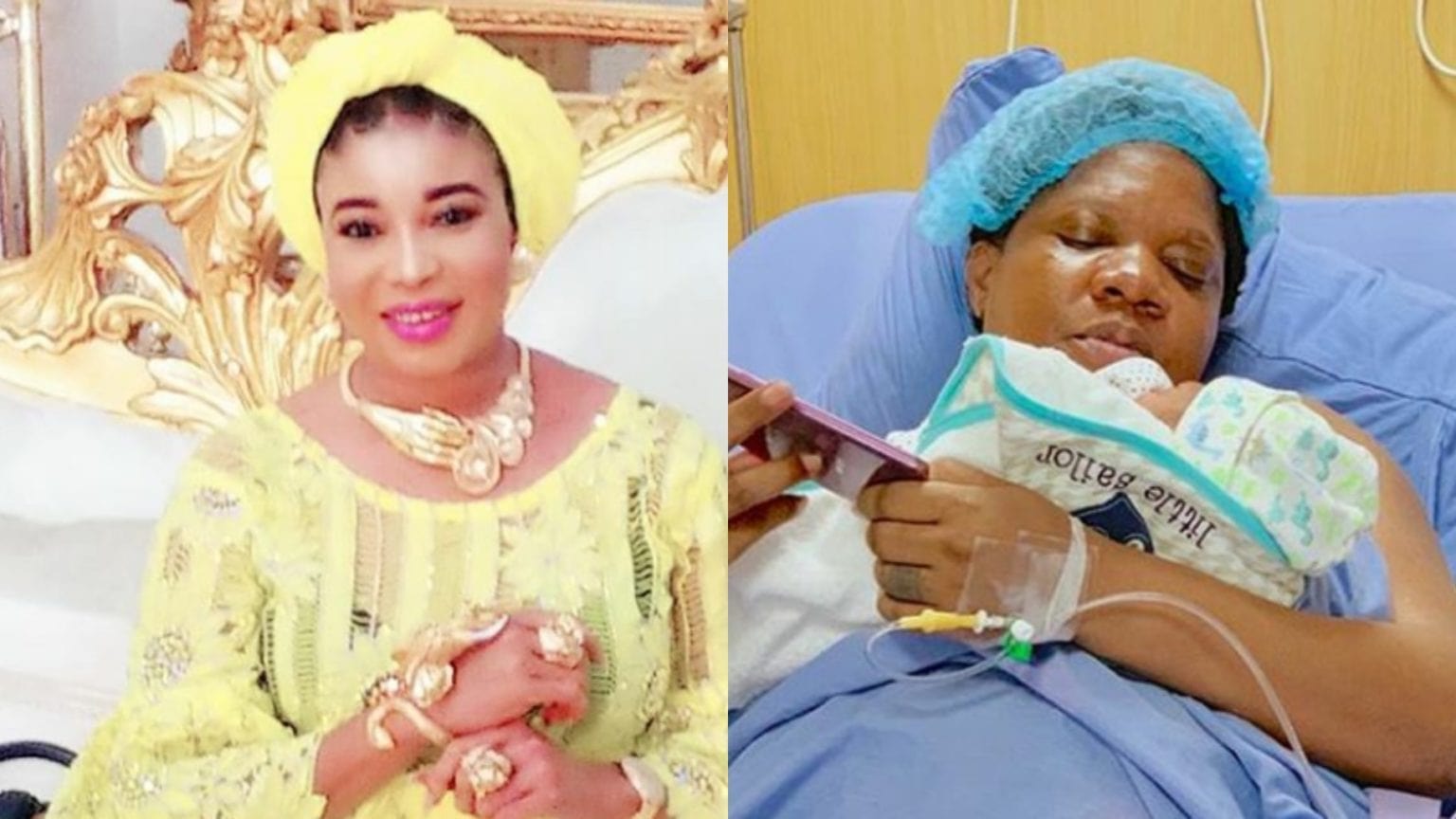 The fight between Actress Lizzy Anjorin and her colleague, Toyin Abraham has been refueled after months of silence between the two.

This is coming after Lizzy Anjorin insists that Toyin Abraham delivered her baby at herbalist center even after Toyin posted her childbirth video to celebrate mother’s day. Recall that sometimes ago, the two had a serious clash and their fans were confused who was on the right track, but recently, Toyin Abraham released a video of how she delivered her son in a hospital with cesarean delivery.

However, Anjorin seems uninterested in the video and resumed back to the fight as she continued to rain curses on her fellow actress, Toyin.

READ ALSO: All the details about the fight between Yoruba Actresses, Liz Anjorin and Toyin Abraham (Photos)