Aloma shares photo of newborn son, names him after Davido 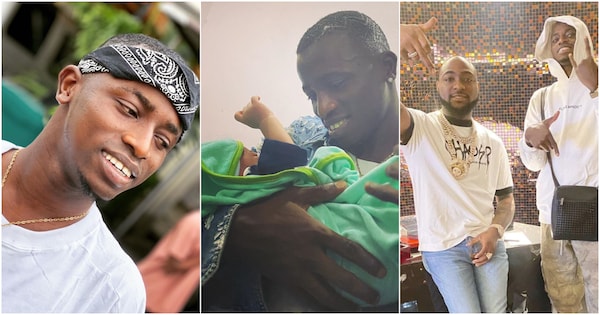 Even though Davido remains offline, matters concerning him continues to surface online.

The happy young man took to his official Instagram page to announce a big news. According to him, he welcomed a bouncing baby boy on Friday, July 31st.

In the mood of celebration, Aloma shared a lovely photo with his newborn. Describing his newborn baby as a special gift from God, the singer’s PA congratulated himself.

In the photo he shared online, the new father was seen with his newborn. He held him in his hands as he stared into his son’s face.

Assurance singer may have had a huge impact on the life of his PA as it seemed that Aloma named his newborn son after him. Welcoming his son, Aloma revealed his names to be David, Ayoola, and Oluwaseun.