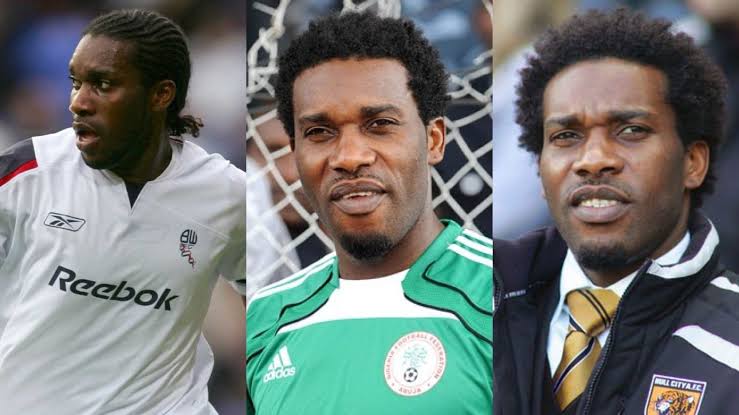 According to Wikipedia, Jay Jay Okocha was born on the 14th of August 1973 in Enugu state.

The name Jay-Jay was passed down from his elder brother James, who started playing football first; his immediate elder brother, Emmanuel was also called Emma Jay-jay, but the name stuck with Okocha instead. He began playing football on the streets just like many other football stars, usually with a makeshift ball.

Jay-Jay Okocha shades Pres. Buhari after being asked a…

In an interview with BBC Sport he said, “As far as I can remember, we used to play with anything, with any round thing we could find, and whenever we managed to get hold of a ball, that was a bonus! I mean it was amazing!”

Lady refuses boyfriend’s ₦66.6million GWagon car gift because it wasn’t in the colour she wanted (WATCH)