Olakunle Churchill debunks rumours of being the father of Tboss’ baby 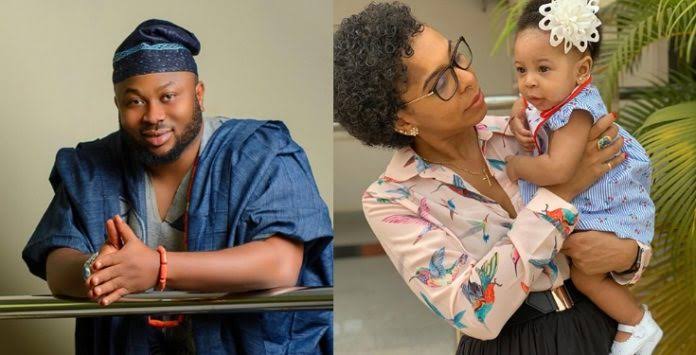 Popular entrepreneur, Olakunle Churchill, ex-husband of Nollywood actress, Tonto Dikeh has been in the news for some weeks now over unconfirmed claims that he is the biological father of former Big Brother Naija housemate, Tboss’ baby.

Well, Olakunle Churchill has denied being the father of former Big Brother Naija housemate, TBoss’ baby after being called out by Nigerians.

Actor Uche Maduagwu who revealed to him what the Fans has been saying about him;

“I had my child through caesarean section because I…

Jun 10, 2020
@olakunlechurchill have been getting questions from fans asking if you are allegedly the biological father of Tboss’ baby, the BBNaija lady?

I have seen people tag me severally to post like this, I am not the father of TBoss baby, people should just leave that woman alone, she is a great new mum of a beautiful baby, she is happy and doing great, haters should let her be

(Exclusive): #OlakunleChurchill speaks out "i am not the father of Tboss baby" 🤷‍♂️🤷‍♂️Haters can now stop spreading rumor about. @olakunlechurchill is a great man.😍#repost #instagram #naija #beautiful #share #blogger #lagos #nollywood #bbnaija5 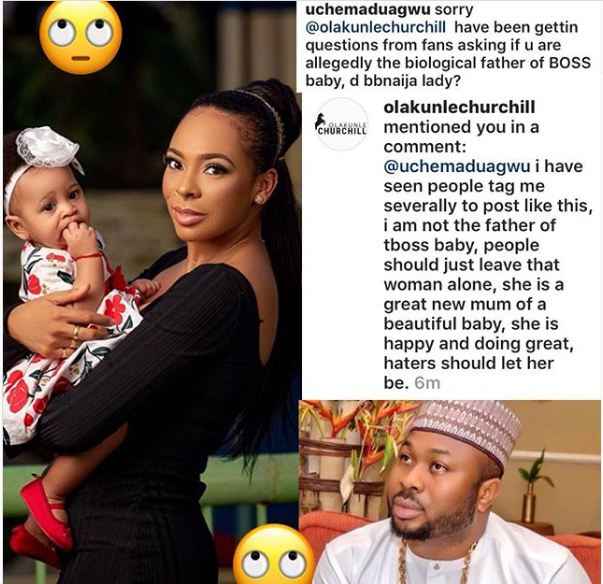 Tboss also denied having any affair with any of the individuals.

She was one of the most outstanding & controversial housemates on the 2017 Big Brother Naija reality television show.

#BBNaija: Erica speaks on Laycon’s cold and hostile attitude towards her