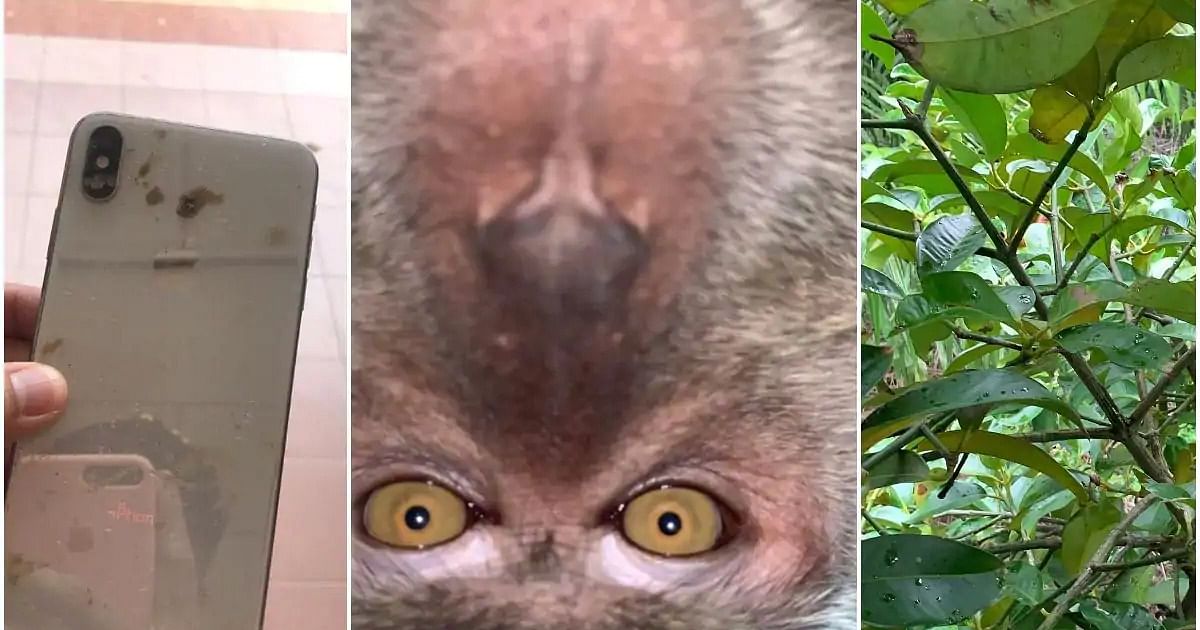 A man discovered a cheeky monkey had stolen his iPhone when he recovered it and found a selfie on his camera roll, Dailystar UK reports.

The pesky primate took the phone from student Zackrydz Rodzi’s house in Johor, Indonesia while he slept. When the 20-year-old woke up, he thought he had been burgled, but couldn’t see any signs of a break-in.

He was even more confused to find his phone casing under his bed but not his phone. Having no luck with the Find My iPhone app, he tried calling his mobile on another device.

Monkey is filmed trying to have sex with deer almost twice…

The following day, Saturday, September 12, he was shocked to find his phone after hearing a ringtone coming from a jungle near his house. It was muddied and lying under a palm tree, but otherwise undamaged.

Stunned to discover it again, he looked through his camera roll to try and uncover more about the thief.

To his surprise, he found a series of pictures and even a couple of “selfies” taken by the apparent culprit – a monkey. The animal even unwittingly filmed itself trying to eat the phone.

An amused Zackrydz shared the images in a Twitter thread on Sunday, September 13. “I didn’t know there was a monkey living in my housing area but damn you monkey, you’ve made my life miserable for the past couple of days,” he said.

He tried to lure the “thief” with another phone, but the monkey burglar has yet to return.

Apparently, he has something of a criminal record, with Zackrydz’s neighbours telling him their phones had been snatched by the primate in the past.

As humans encroach further and further into monkey’s territory, they are interacting more with humans than ever before.

Last month in Malaysia, a terrifying army of rampaging monkeys invaded a town and even tried to kidnap children.

The long-tailed macaques live in a forested area next to a neighbourhood in Puchong in the south of the country, but often breach the compound and enter built-up areas.

Barely 24 hours after she was mocked for not having a child, Seyi Edun dropped new video to counter trolls (Watch)