The moment Cardi B furiously confronted the Police for detaining her husband, Offset (video) 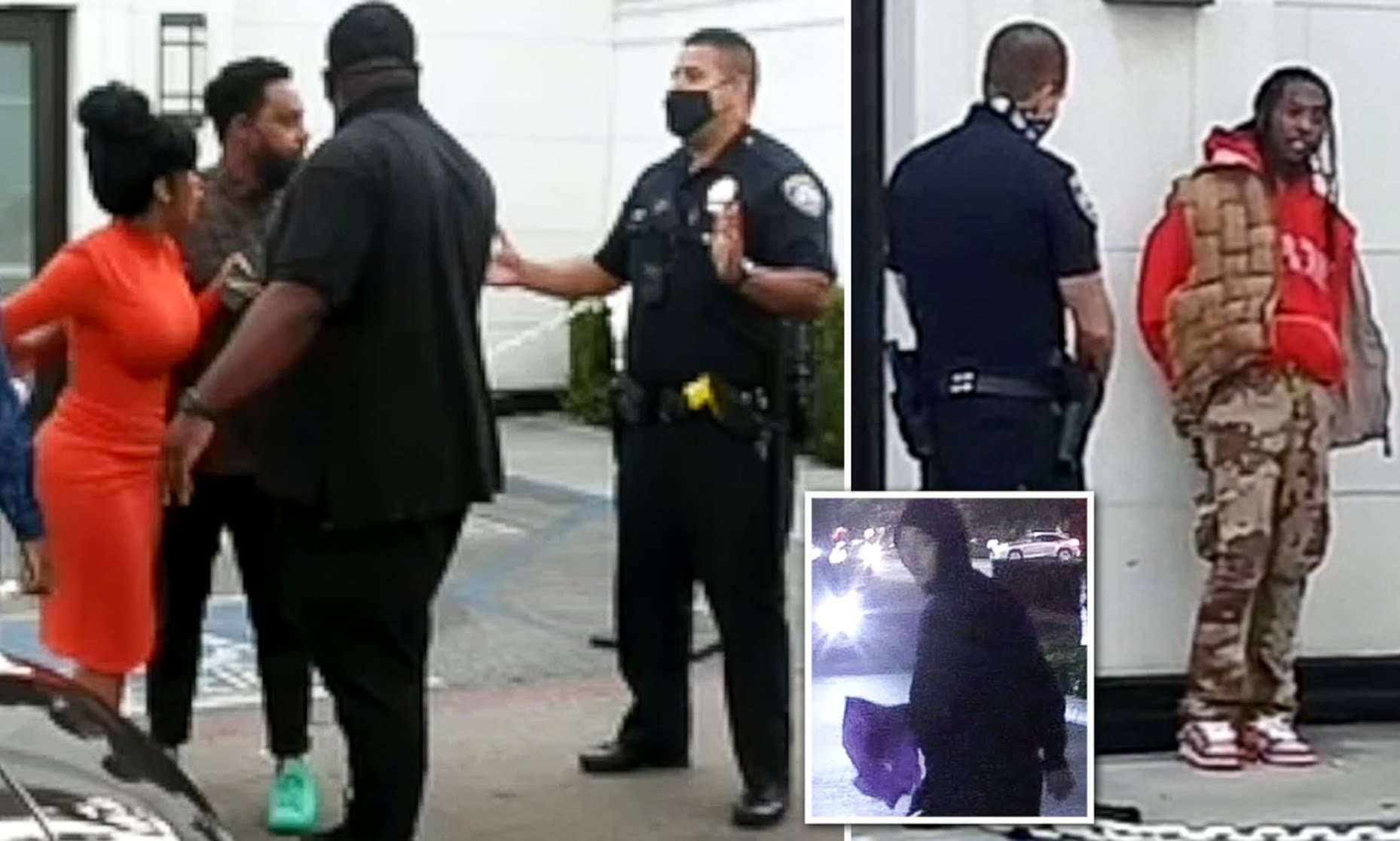 A video has surfaced online which showed the moment rapper and mother of one, Cardi B confronted the police who briefly detained her husband, Offset following a run-in with some Trump supporters in Beverly Hills, California has begun making rounds online.

The rap queen rolled up at the scene in a black Rolls Royce as Offset argued with the cops, who dragged him out of his vehicle when he refused to turn off the engine. Offset’s fans watched the traffic stop on his Instagram Live.

Cardi B was heard shouting as she is surrounded by cops with a member of her entourage holding her hand;

“Why are you pointing a gun at him.

Offset is then seen leaning against a wall as he is questioned by cops. The live feed from Offset’s Instalive however captured moment the police officers ordered him to turn off his engine and step out of the orange Jeep, which he refused to do.

When one of the police officers accused him of “waving guns at people,” he claims that Trump supporters used a flag to strike his car.

Though the Beverly Hills Police Department later released a statement which confirmed that Offset was not arrested, it was however gathered that one Marcelo Almanzar was arrested for carrying a concealed weapon and carrying a loaded firearm in public. Almanzar is said to be Cardi B’s cousin.

BBNaija: Our queen has to win – Kiddwaya says as he calls for votes for Erica