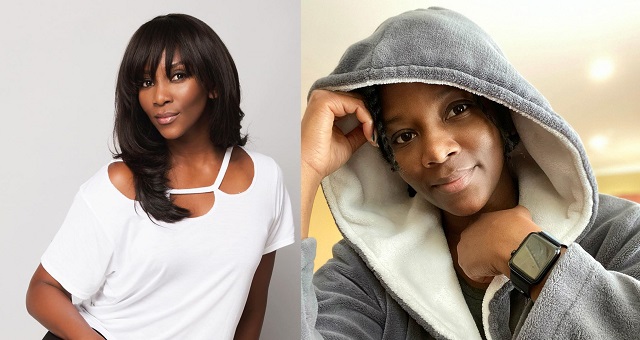 Nollywood actress and filmmaker, Genevieve Nnaji seems to have a lot of crushers crushing on her big time despite her age.

A twenty-one-year-old identified on Twitter as Tayiwarette has proposed marriage to actress and movie producer Genevieve Nnaji via the platform.

In a post sighted on Twitter, the 21-year old boy penned down a love message and confessed his feelings to the actress Genevieve.

According to the boy, during his last medical check-up, the lab results came out good, suggesting that he has good and clean health.

“Genevieve Nnaji…I’m twenty-one, still financially dependent on my parents and I got a clean bill of health during my last medical checkup I don’t smoke I don’t drink and I’m neat. if you marry me I will treat you like a queen“. 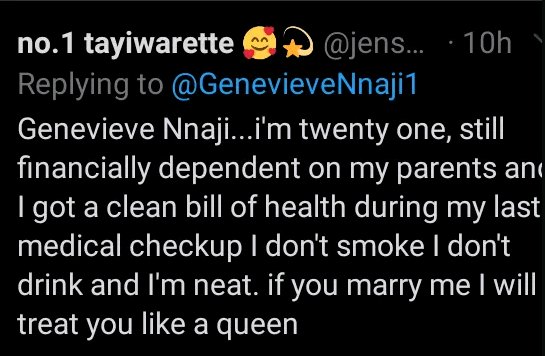