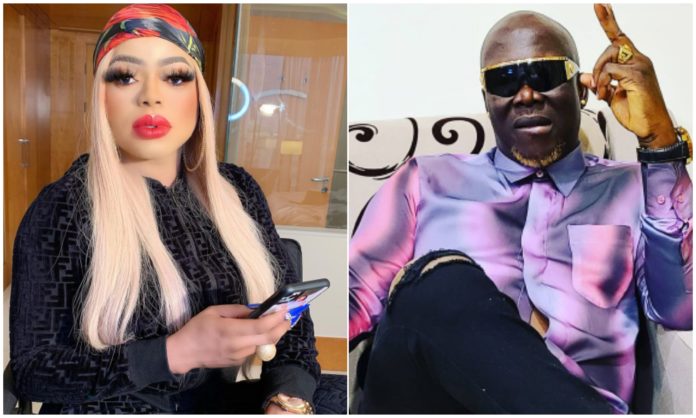 Popular A-list comedian, Gordons has called on Nigerians to advise controversial cross-dresser, Bobrisky, over the way he’s bleaching his skin.

Gordons made this known via a video he shared on his official Instagram page.

He noted that the rate at which Bobrisky is going with his lifestyle, he would soon become transparent whereby people will be able to see everything in his body whenever he’s walking on the street.

‘I am scared of being exposed’ – Bobrisky…

See also: Moment Davido gave an unexpected answer on who is the greatest between Burna Boy, Wizkid and himself (Video)

Watch video of Gordons speaking below:

A post shared by NA GOD GET POWER (@gordonsdberlusconi)

There is every likelihood that Bobrisky will soon fire back at Gordons over his latest statement as he is well known for lashing out at anyone who tries to mock him.