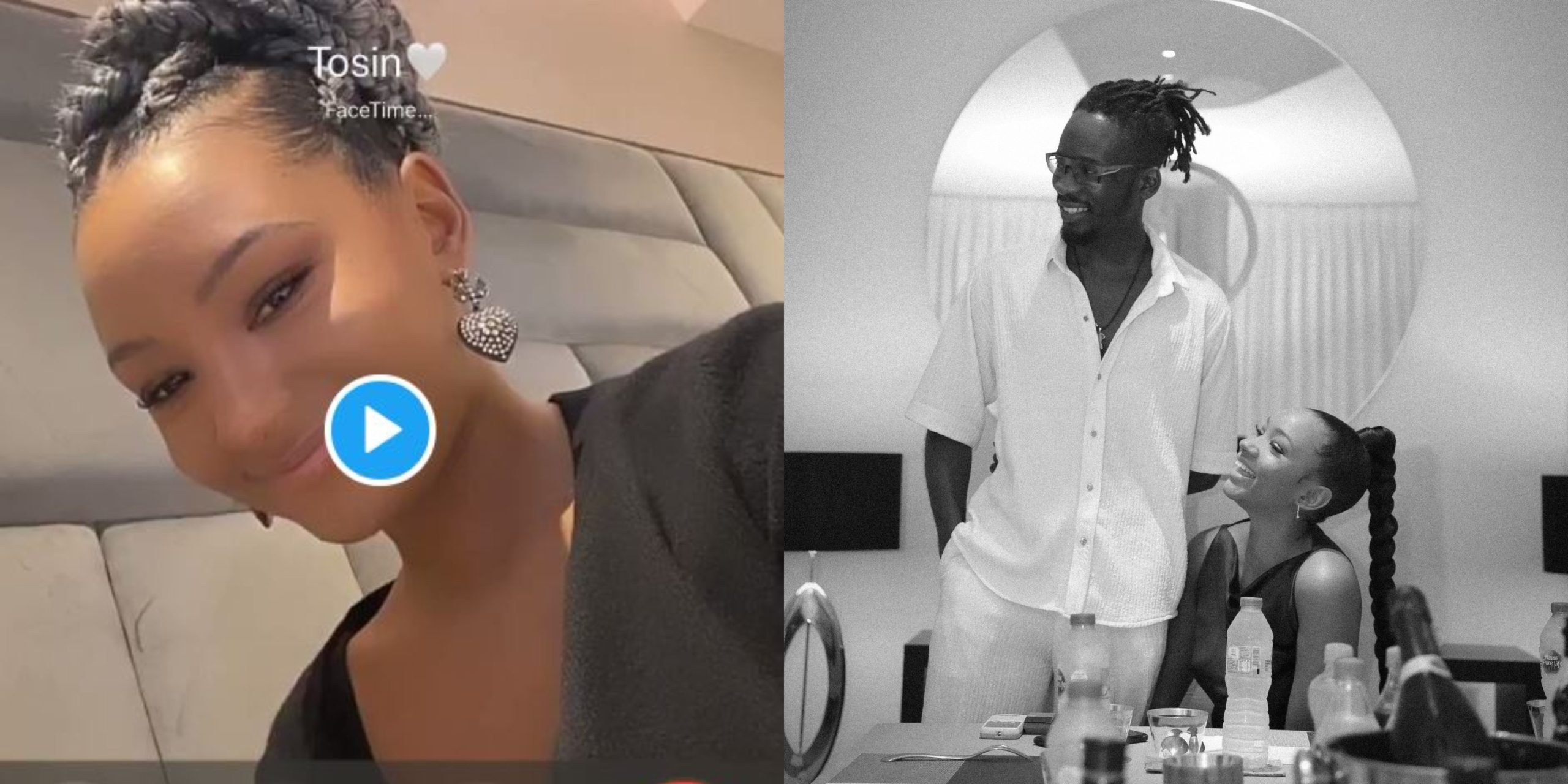 Budding Nigerian actress and billionaire daughter, Temi Otedola has raised eyebrows on social media over the name she stored her boyfriend, Mr. Eazi with.

In a video making rounds on social media, the fashion entrepreneur had a face time session with Mr. Eazi and before they had the convo, the name which appeared on her phone during the dial was ‘Tosin’ with the love emoji

READ ALSO: Emanuella gives a tour of house built for her mother (Video)

Nigerians in their usual nature of making jokes of every situation noted the simplicity in which she used to store her lover’s name as opposed to using pet names. The comment section filled with people who slammed ‘broke people’ who demand to be saved with pet words instead of their names.

However, for those who may not know, Tosin is a short spelling of Mr Eazi’s full name Oluwatosin Ajibade.

BBNaija star, Nengi reacts to claims that she uses her body to get what she wants

When will you guys get married? – Billionaire Femi Otedola reacts to loved up photo of his daughter and Mr Eazi