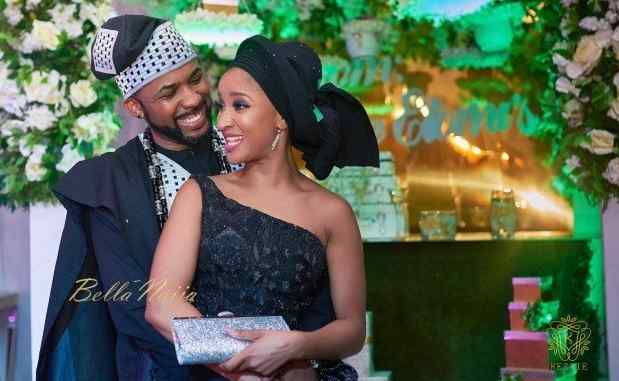 In the last week, social media went agog after Billionaire daughter, Temi Otedola revealed that her boyfriend,  Mr Eazi was rude to her the first time they met but 3years down the line, they’re waxing stronger in love.

As a people, we love to see two unlikely sets of people who don’t really at first care much for each other find their way to not only becoming friendly and liking each other, but ultimately falling for each other and finding love. That is what most of us refer to as a perfect love story with a happy ending (Who remembers American  High School movies?)

In this article, we’ll be counting down 5 celebrity couples who were not in the best of terms when they first met but then slowly but surely worked their way into finding love and building a bond. Are you ready to see the list? Then let’s go! 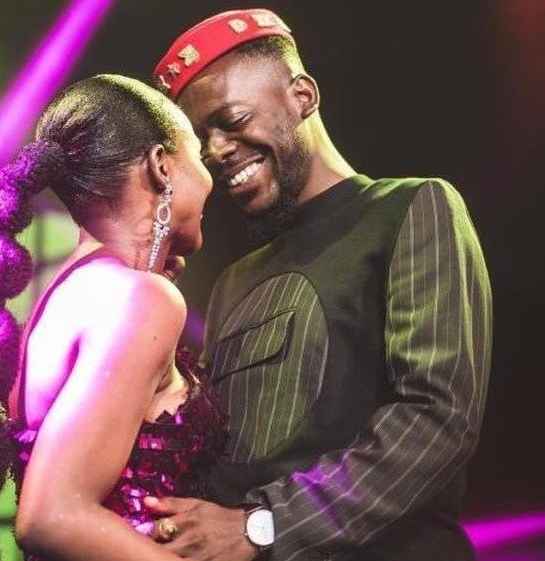 This couple’s story is an inspiration to many but I bet not many are capable of putting in the work Adekunle and Simi did to be where they are today. Papa and Mama Adejare started out with one person liking harder than the other was.  Simi explained that Adekunle Gold hit her up and at the time she didn’t even respond. She said:

He was chasing me all over Facebook and everything. No seriously, cause when I was still doing gospel music, he used to listen to my songs. He sent me messages on Facebook, that’s how he reached out to me. I didn’t know him at the time, I didn’t respond.

READ ALSO: 15 celebrities who got kicked out of their mansions because they couldn’t afford them 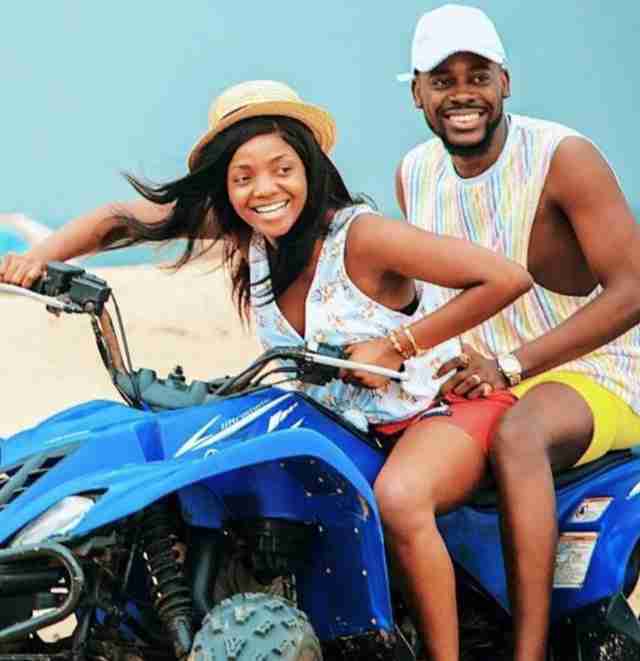 First time I ever saw him I was supposed to do a show at Bogobiri and he said “I’m going to be there”, I said “Oh sure” and then he actually came and I was like who is this skinny boy (laughs). That’s the first time I ever met him, then over the years we were friends, and then… 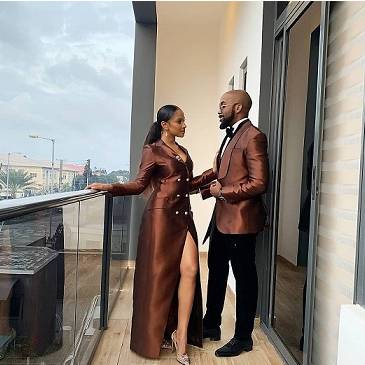 The story between Banky W and Adesua Etomi’s meeting is by far one of the cutest things you’ll read today. We’ll start with Banky’s side and then Adesua’s side.

So, in an essay that Banky wrote to Adesua, he talks about first meeting her, and here’s what he wrote:

We crossed paths 2 or 3 times since 2012, but I wasn’t paying enough attention. Destiny was staring me right in the face and I was too caught up in my own hustle and paper chase, to know it. In June 2015 however, God brought you my way again, and this time, I really SAW you. I was smitten by your grace, aura, and beauty. So smitten in fact, that even though I didn’t get to say a word to you that day (because you were seated far across the room), I immediately called my best friend @captdemuren and told him I’d found my next girlfriend. LOL. He laughed. I asked one or two people about you.. your manager Isioma, who I’d worked with previously, and then I did some research myself. Googled you, stalked your Instagram.. the whole 9 yards, and the more I found out, the more you seemed like a breath of fresh air.

And so, after his stalking and pursuing, Adesua too really didn’t pay attention to him as she says in her own letter which she posted to social media. She said:

I went to an event in 2015 and I suppose that was the beginning of something amazing because once Banky saw me, he decided that he was going to be my biggest fan. He slid into my DM and sent the funniest message and that was how we became friends. At the time, I wasn’t interested in anything but a friendship and he was very respectful of that and so we stayed just friends for about a year and a half. Our friendship opened my eyes to a lot of things. Opened my eyes to the type of man Olubankole is and WHAT A MAN. WHAT A MIGHTY GOOD MAN.

Olubankole, Your Heart is pure and good, to the very core. You are proof that God is real, you are proof that what’s on the inside is greater and so much more powerful than what we see on the outside and you are the evidence of what I hoped for. I bless God for entrusting my heart in your hands because I know it’s safe. You are everything i prayed for and so much more. Thank you for praying with me, fasting with me, always making time for me, laughing with me, and caring more about me than yourself. Thank you for being kind, loving and full of Integrity.

And I’d like to say one more thing. I’m SO SORRY that it took me sooo long to realise that it was you. It has always been you. It couldn’t have been anyone else. In February 2017, you said you couldn’t be without me and asked me to be your wife and I said YES cause I can’t be without you. It will be an absolute pleasure and one of the greatest blessings of my life to walk the path of life with you. Thank you for being who you are. My goodluck charm, my King, my lover, my bestfriend.

I love you till eternity and beyond.

Wow! These were honestly so beautiful 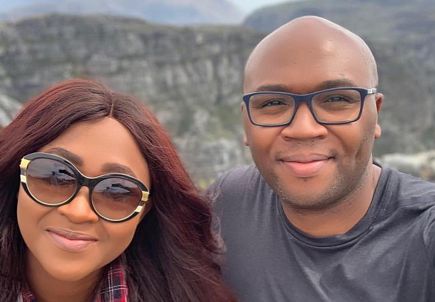 Jason Njoku revealed in a tweet that when he and Mary started talking, he fell for her faster than she fell for him and so she thought he was “crazy” and “intense”. He wrote:

This is actually the day I met @maryremmynjoku that very evening we had our first 3hr conversation. 4 days later I told her I loved her and we will probably get married and spend the rest of our lives together. As a lagos girl she thought I was crazy and a little intense. 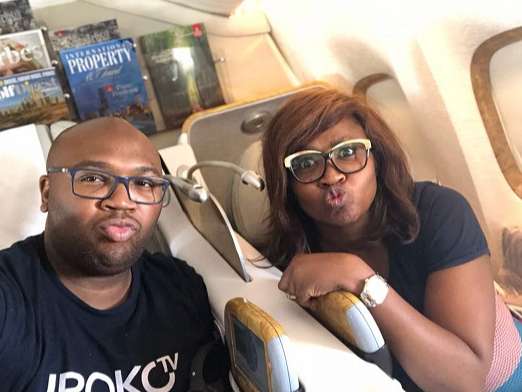 She was right. But 8 years later. Here we are. Celebrating another birthday. Another year. From all of us Njoku folk we wish Mrs Njoku an awesome day 💍🎊🎁🎈🎀🎇

The couple are now celebrating over 8 years of marriage! Wow. 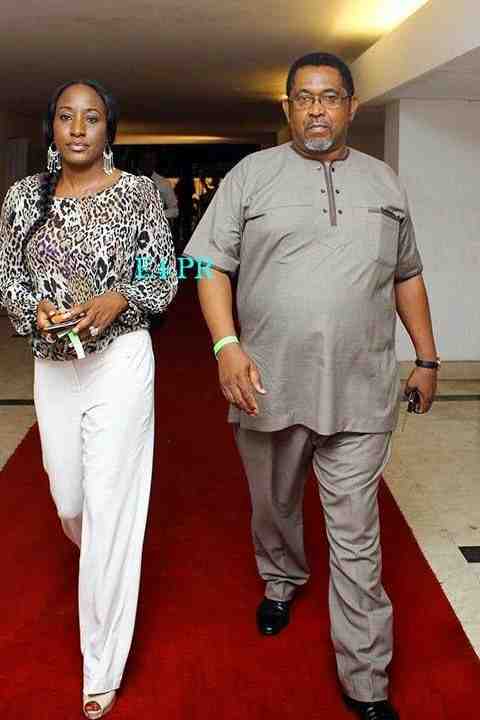 Although in a rough patch at the moment, another couple’s story I love is Nollywood actress Ireti Doyle and her husband Patrick Doyle. Ireti describes how she met Patrick in an interview below

I met him at my first official audition in Lagos State because I had done a production in Jos, Plateau State, before then. School was shut for a very long time; I was bored, I told a friend, this is what I wanted to do and she said I have somebody who can help, lets go to him. We went and he said there is an audition the following week.

He asked me to come and try if I could get the role. The moment I walked into the room on the day of the audition, I became intimidated because people seated in that room that day were very big names, people I grew up watching. Names like Yemi Solade, Funsho Alabi, Justus Esiri, Joe Adekwa and then Patrick Doyle himself. That was the very first time we met, and it was purely business for many years before one thing led to another.

Initially, dating him was gauche. The first time he even mentioned that he was attracted to me, my inner reaction was like amusing. In the course of work, when we are done, we do go out for lunch, and it didn’t mean anything to me because we were three then and later we were two. It didn’t occur to me because all my time working, I was treated like a boy. The few days I wore a dress to work; the guys would sit and make fun of me.

He told me of his attraction during lunch, and my first reaction was, oh no! And I was having so much fun here, where am I going to get another job? Where I could learn everything as I was doing? I spent a lot of time trying to tell him why this would not be healthy for the work and he said no. He was sure it would work out. So, he took his time to convince me.

Convince he did. The couple have now been married for over 20 years! 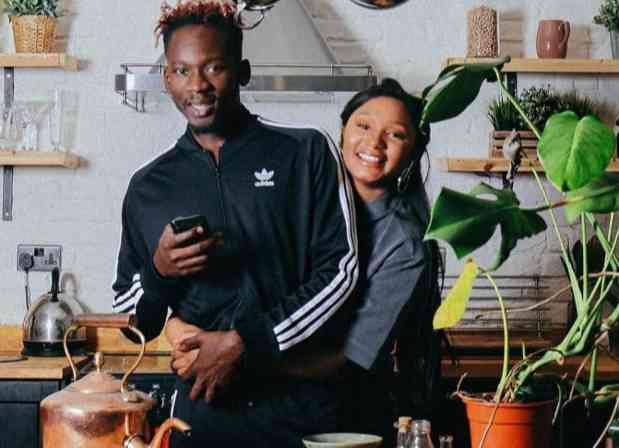 And now the focal point and most recent. On their joint podcast, “How Far”, Temi Otedola revealed that the first time she met Mr. Eazi, she thought he was an asshole. Read thier exchange below:

Temi: Someone had told me “I’m gonna go do something in the club, I brought my friend here so just make sure he’s okay, give him drinks, he came on his ones,” and me being someone who likes to be friendly to strangers I was like “Heyyy do you live in London? Can I get you a drink? What have you been up to?” I was just on my usual cute, let’s be nice, let’s meet people vibes. And I was like this guy is an asshole like why is he being so rude?” 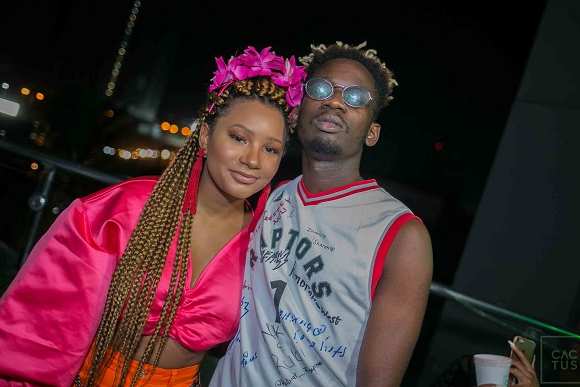 In his defense, Mr. Eazi clarified that because of the way he is and his fame, he has to be careful because a lot of girls he meets always feel like he is trying to make a move on them, so he was trying to show Temi that he wasn’t trying to do that.

The couple have now gone on to celebrate three years of a relationship so I guess in the end it all worked out well for them.

Nollywood actress, Nkechi Blessing shares her near death experience on a movie set