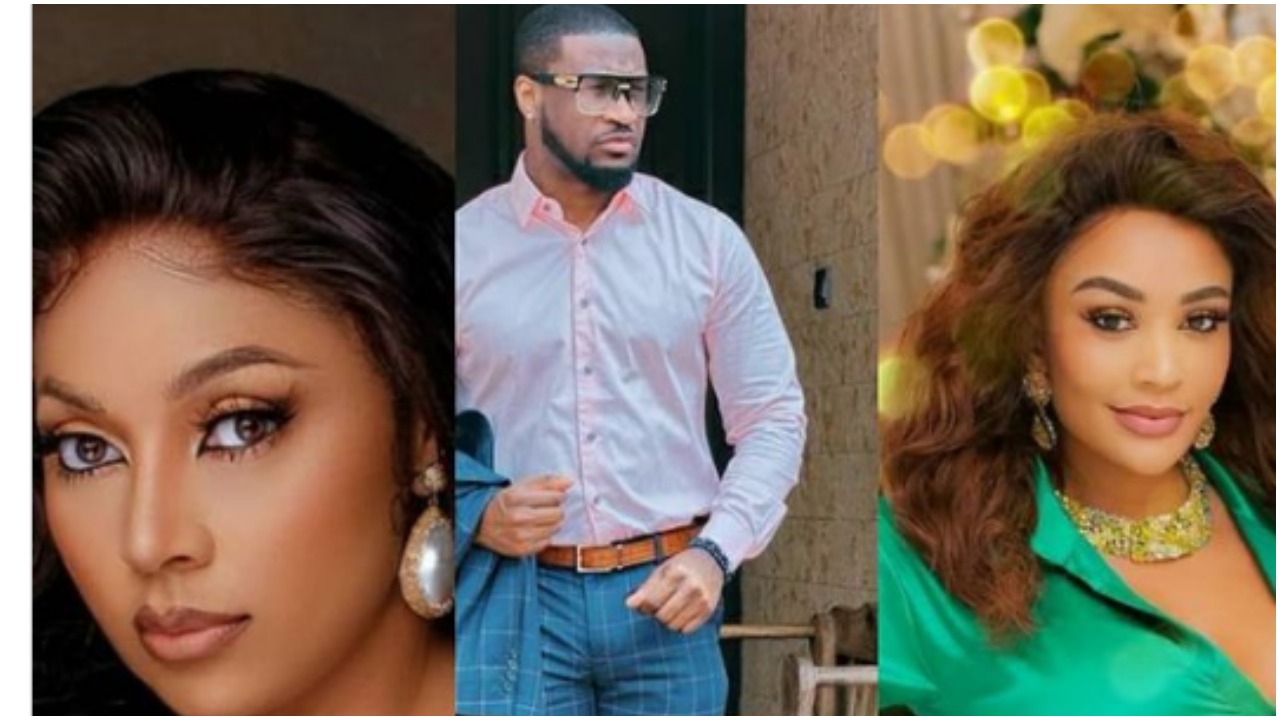 An Instagram blogger identified as @cutie_julls has accused sensational singer, Peter of Psqaure of having an extramarital affair with a Ugandan lady.

According to the blogger, the father of two is cheating on his wife, Lola with the Ugandan lady who was identified as Zaria.

“Cutie, you are mumu. So you dey here dey think sey Oga Peter aka Mmazi Okoye’s son’s Ugandan contract has ended… Abegi, Confaarm… Oga Peter has renewed his knacking contract with Zaria o. But hang on, Side chic kinda resembles madam o. Or is it my eyes? These men ain’t loyal” 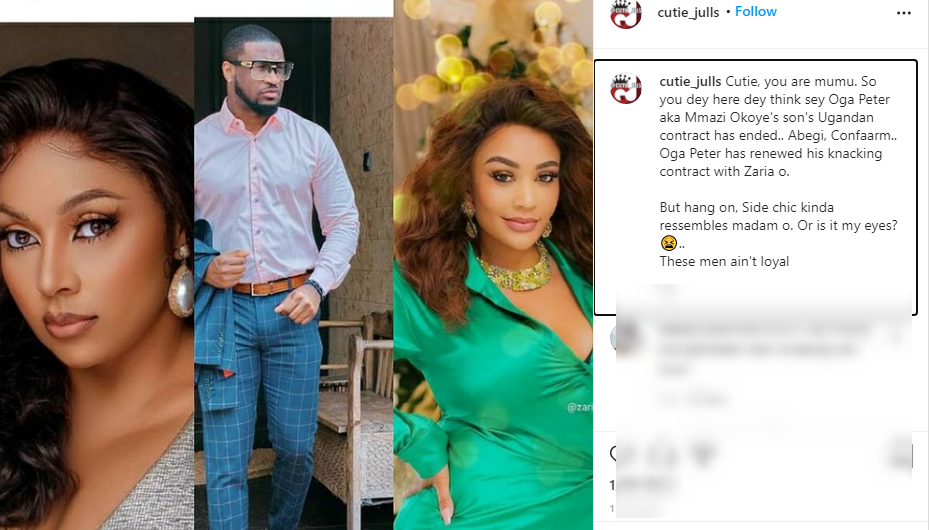 Further research about the lady reveals that she is popularly known as Cutie love she is based in South Africa and the former girlfriend of Diamond plantinumz. Zaria has 5 kids and her husband was a very rich man before he died.

(Video) Actress Iyabo Ojo blasts Gov, Babajide Sanwo-Olu over the arrest of Mr Macaroni and others

Mr Macaroni And other #OccupyLekkiTollgate Protesters Granted N100,000 Bail By A Mobile Court In Pant