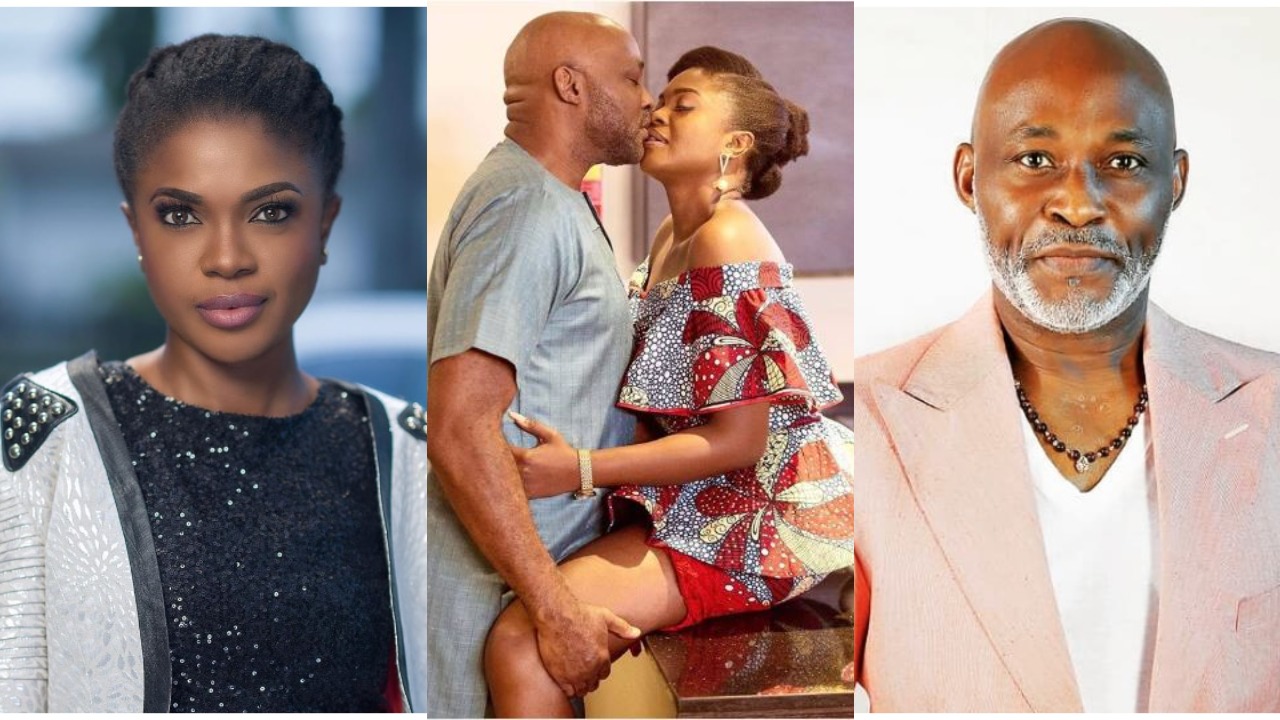 Nollywood actress, Omoni Oboli has attacked by an Instagram user who accused her of passionately kissing her colleague RMD in a movie.

According to the user identified as @julesnkam, Omoni is a married woman and its a shame for her to be passionately kissing someone who is not her husband in the name of acting a movie.

The troll took to Omoni’s DM on Instagram to write;

“I am just watching one of your movies when you’re running for governorship election against your husband Richard Mofedamijo, see how you guys are kissing each other in the name of the film. You’re married for God’s sake and we have a tradition in that country. What a shame”.

Reacting to this, Omoni Oboli wrote:

“These are the issues…how do we educate her now? Oh sorry, it was a question! What a shame? I’m playing a prostitute in my next BANGER! I guess that will make me a prostitute in real life! Oh well…looking forward! Las las everybody will be alright! DOMITILLA is coming!!! You really haven’t seen anything like it! Y’all know I don’t play” 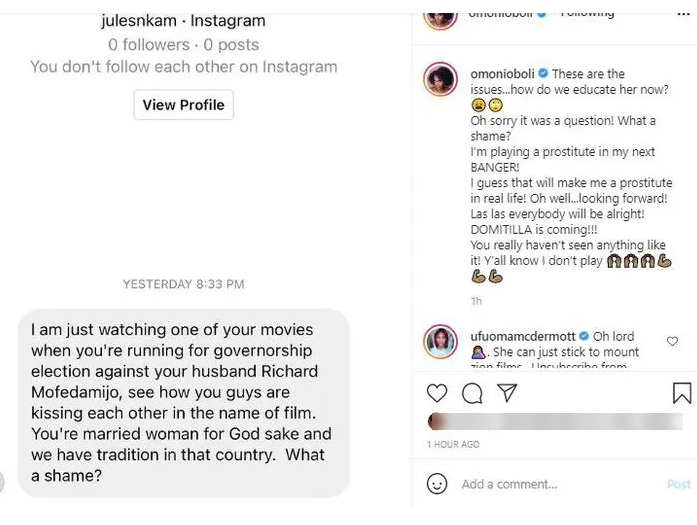