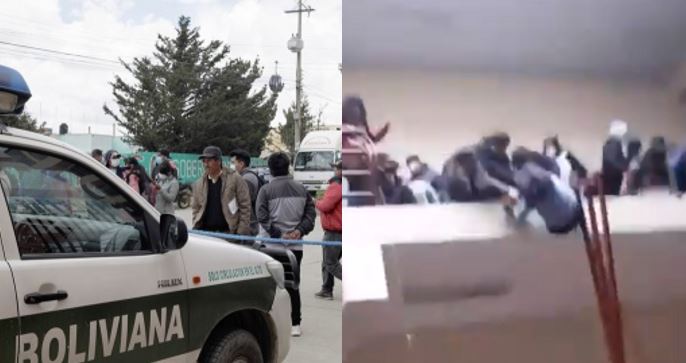 Seven Bolivian college students were killed and five others injured after an indoor balcony railing broke and sent them plummeting, some as far as four floors, to the ground.

As a large number of students crowded into a fourth-floor hallway at the Public University of El Alto near the Bolivian capital on Tuesday morning, the balcony railing apparently buckled and gave way. Several students lost their balance and fell to the ground 17 meters (55 feet) below.

The horrific incident was captured by bystanders in graphic footage, which also shows the brave actions of students who reached over the open edge to prevent others from falling. A few victims landed on the third floor rather than dropping all the way to the ground level. 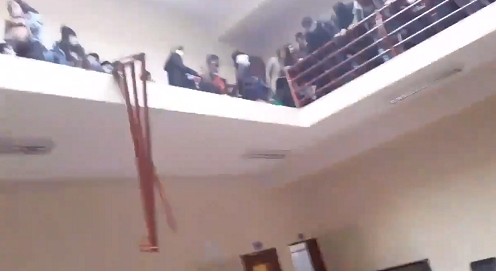 The seven fatalities were confirmed by Bolivia’s Special Force to Fight Crime. Three died at the scene, while the other four perished from their injuries at hospitals around El Alto, according to local media reports.

The deadly incident happened during an apparent scuffle in the crowd during a large student gathering. The local police said after a preliminary investigation that the railing was not properly welded and fixed in place, leading to the tragedy.

When I left Vs Now: Nigerians abroad share photos to celebrate their exit from the country